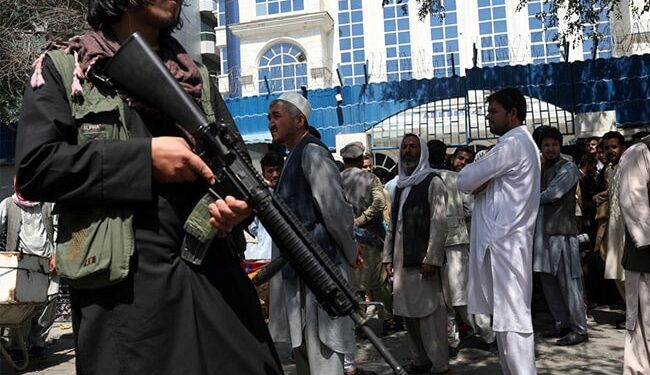 “I want to tell the world, tell the Taliban to stop killing,” said one protester. (File)

A mob of women marched through the Afghan capital on Tuesday, accusing the Taliban authorities of covertly killing soldiers serving the former US-backed regime.

About 30 women gathered at a mosque in central Kabul and marched several hundred meters chanting “justice, justice” before being stopped by Taliban forces, an AFP correspondent noted.

The Taliban also tried to prevent journalists from covering the march organized against the “mysterious killings of young people, especially the country’s former soldiers,” according to social media invitations.

Taliban fighters briefly detained a group of reporters and seized equipment from some photographers, deleting images from their cameras before returning them.

Since the hardliners returned to power in August, they have effectively banned unauthorized protests and regularly intervened to block demonstrations against their strict brand of Islam.

The protest comes weeks after separate reports from the United Nations, Amnesty International and Human Rights Watch said there were credible allegations of more than 100 extrajudicial killings by the Taliban since their takeover.

“I want to tell the world, the Taliban are telling them to stop killing. We want freedom, we want justice, we want human rights,” protester Nayera Koahistani said.

In a statement read by protester Laila Basam, the protesters called on the Taliban to “stop their criminal machine”.

The statement said former soldiers and government officials of the old regime are “under direct threat” in violation of a general amnesty announced by the Taliban in August.

The protesters also expressed objections to the rattling restrictions faced by women under the Taliban rule.

The government issued new guidelines this weekend banning women from traveling long distances unless accompanied by a close male relative.

“Women’s rights are human rights. We must defend our rights,” Koahistani said.

Video footage posted online on Tuesday showed another women’s protest held elsewhere in the capital that also called for women to be given education and job opportunities.