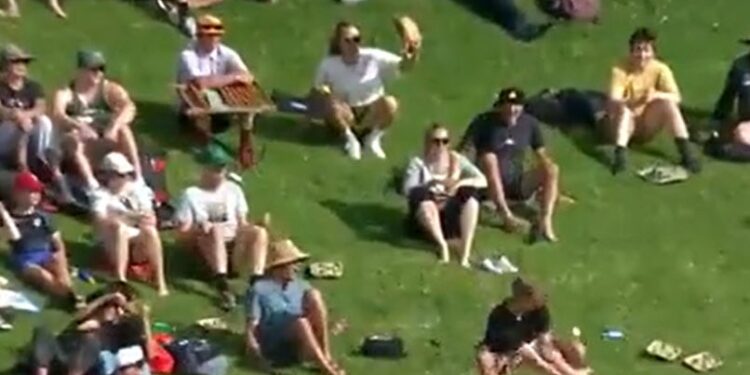 A spectator walked away with one of the loudest cheers of the evening after making a juggling catch in the crowd during a Super Smash match between Wellington and Auckland at the Basin Reserve in Wellington on Friday. The incident occurred during the first pitch of the 19th over of Wellington’s innings. Auckland’s star pacer Lockie Ferguson opted for a longer delivery to Wellington skipper Michael Bracewell, who shuffled out and tossed it over the fine leg line for a six.

The ball sailed into the crowd and a spectator positioned himself nicely under the ball, juggling it twice before grabbing it on the third time he asked.

The commentator was certainly impressed by the spectator’s commitment.

“On the back, that’s a beauty. Third time in three grabs. I can’t believe he took one,” said the commentator on the broadcast.

A video of the same was shared by New Zealand’s Spark Sport on its official Twitter handle.

Auckland defeated Wellington by 13 runs, their first win in the tournament after three games.

For Wellington, Bracewell invaded with a 46-ball 58 as the Auckland bowlers, led by their skipper Adithya Ashok, reigned supreme in the Basin Reserve.

Previously, Auckland had posted a total of 134/9 on the back of New Zealand batter Mark Chapman’s 48-ball 55.

Despite the win, Auckland remained at the bottom of the points list, level with Wellington, the runner-up in the rankings and 10 behind the leaders of Northern Districts (14).