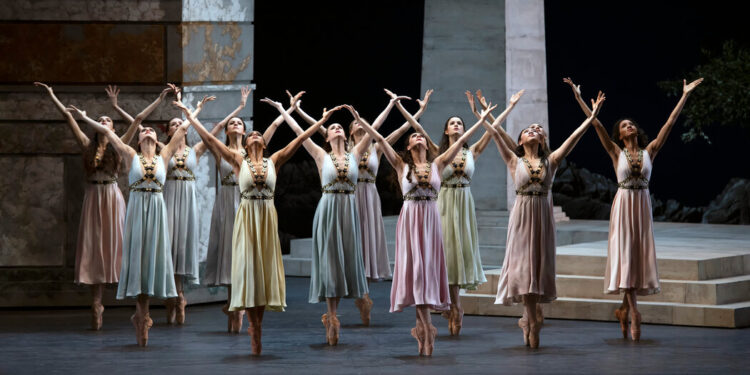 After repeated delays due to the pandemic, the American Ballet Theater plans to return to the Metropolitan Opera House stage for the first time in three years next summer, the company announced Thursday.

Ballet Theater will host a five-week season starting in June that will feature repertoire staples such as “Don Quixote” and “Swan Lake,” as well as new works, including Alexei Ratmansky’s “Of Love and Rage” and a new ballet by Alonzo King, his first for the company.

The company’s leaders hope the return to the Met will mark a return to normalcy after the coronavirus forced the cancellation of two seasons and cost Ballet Theater millions of dollars in projected ticket revenue and tour costs.

“We really need to be the antidote to the madness that is out there,” Kevin McKenzie, the company’s artistic director, said in an interview. “We represent human excellence – what humans can achieve as a creative being. The world needs that.”

McKenzie said the recent spread of new variants of the virus was worrisome, but the company had shown it could host performances safely by enforcing strict rules, including a vaccine mandate for audience members and performers.

“What we’re starting to realize is that we have to plan these protocols for the rest of our lives and not even think it’s going to get any better,” McKenzie said. “And then it will be a great surprise when that happens.”

The season kicks off on June 13 with a gala performance of ‘Don Quixote’, with a different lead in each act. Two other full-length ballets will be presented: the Tchaikovsky classic “Swan Lake,” a staging from McKenzie to Petipa; and Kenneth MacMillan’s “Romeo and Juliet,” set to Prokofiev.

The season also includes the New York premiere of “Of Love and Rage,” a new full-length ballet, originally slated to debut in 2020. King’s new dance is set to music by jazz pianist and composer Jason Moran.

Also on the calendar are “Theme and Variations” by George Balanchine and “ZigZag” by Jessica Lang, to songs recorded by Tony Bennett and Lady Gaga, which were featured by the Ballet Theater at the fall gala.

The coming year will be one of transition for Ballet Theater. In January, Janet Rollé, general manager of Beyoncé’s entertainment company, will take on the role of general manager and executive director.

McKenzie will retire at the end of next year after three decades as artistic director. He said he hopes a successor will be named before the summer season.