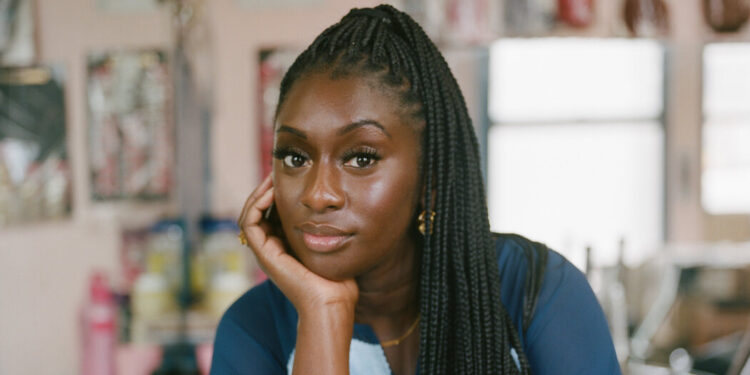 Months later, when George Floyd was murdered in May 2020 and protests erupted across the country, she found that investors were also excited.

“All of a sudden people were answering their emails,” said Ms. N’Diaye-Mbaye. “People who said no to me in 2019 came back to me.”

She was ready for the calls. In the end, she raised $1.69 million from angel investors. Most of the institutional capital came from Imaginary Ventures and Debut Capital, a fund that works specifically with black, Latino and Indigenous founders.

Today, Ami Colé offers a breathable skin tone, a highlighter, meant to get a dewy look, and a lip oil. Products are priced between $19 and $32.

“All I needed was access,” said Mrs. N’Diaye-Mbaye. “I’ve been asking for access for years, which was never granted to me or people made you delusional or crazy that you had more to offer.”

It’s a frustration that Olamide Olowe, the founder of the skincare company Topicals, shares. In 2015, while attending UCLA, Ms. Olowe, 25, co-founded the beauty brand SheaGIRL, in partnership with SheaMoisture. SheaGIRL was an experiment for the brand to learn to talk to Gen Z, Ms Olowe said.

“After that I knew I didn’t want to look for a job,” said Mrs. Olowe.

Like Ms. N’Diaye-Mbaye, Ms. Olowe wanted to fill gaps in the beauty industry by creating the products she wanted to buy. But when she started raising money and pitching her product to retailers, influencers and investors, she met resistance.