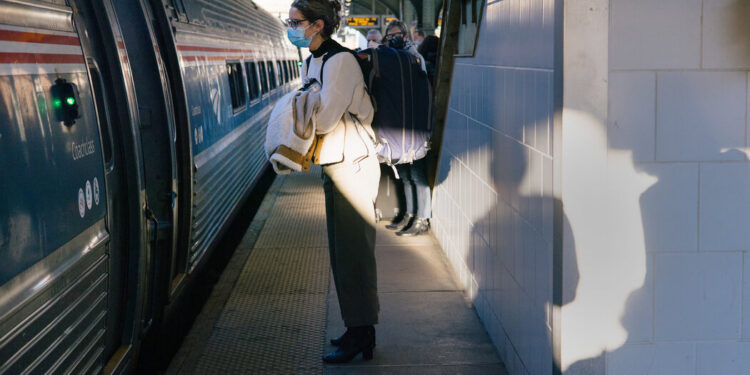 Amtrak has temporarily dropped its mandate to vaccinate all employees against Covid-19, a requirement the rail service had said would likely lead to cuts in service.

As a result, Amtrak no longer plans to discontinue service next month, officials said Tuesday.

William J. Flynn, Amtrak’s chief executive officer, said in a memo that the agency would allow employees to test weekly instead of receiving a vaccine, reverting to a previous policy. About 97 percent of Amtrak employees have received either an injection or exempt housing.

“Recently, a federal court decision halted enforcement of the executive order for federal contractors,” said Mr. flynn. “This caused the company to re-evaluate our policies and address the uncertainty about the federal requirements that apply to Amtrak.”

The shift in policy means Amtrak officials are no longer anticipating cuts to services next month, Mr Flynn said. Last week, Amtrak’s president Stephen J. Gardner said the agency expected to scale back service because 5 percent of staff had not received a vaccine before the Jan. 4 deadline.

Fewer than 500 workers are not vaccinated, Mr Flynn said. Employees who do not adhere to the new policy will be given unpaid leave.

Amtrak officials said they will continue to update the agency’s vaccine policies “if necessary,” the memo said.

Still, Mr. Flynn encouraged all employees to get vaccinated, especially as the nation braces for a potential wave of cases of the Omicron variant.

Jim Mathews, the president and chief executive officer of the Rail Passengers Association, said he would prefer all agency employees to be vaccinated, but Amtrak has made significant progress so far.

“This solves the problem without compromising security,” Mr Mathews said in a statement. “Everyone, crew and passengers, is safest when everyone is vaccinated. But Amtrak achieved huge numbers of vaccinations within their workforce, and to their credit.”