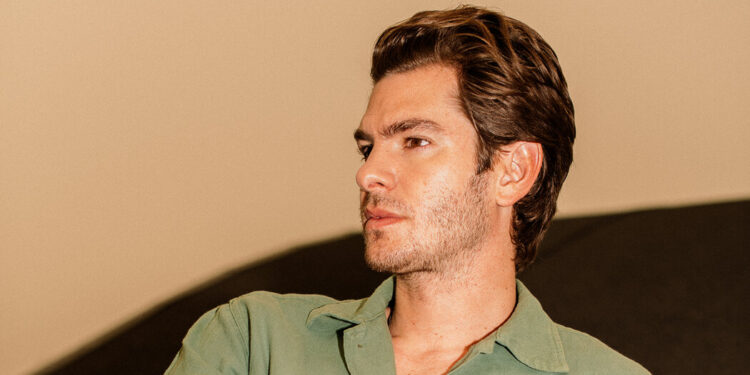 There’s something bitter about it. Obviously the sweetness is evident, and perhaps the bitterness can be remedied by keeping his memory alive and his songs sung, so that the ripples of his work continue to spread and for us to try and give him the harvest of his to plant. It’s a lineage. There would be no Lin-Manuel without Jonathan. There would be no Jonathan without Stephen Sondheim. And I wouldn’t talk to you without one of them. It’s a real ancestral honor that we get to do here.

Did you ever consider yourself a song-and-dance man before making this movie?

Only in my imagination. The longing was there—deep, deep down, secretly. I wasn’t brave enough to actually own it until Lin started planting the idea in my head. Or until our massage therapist and our very good friend, Greg Miele, became the go-between between me and Lin. He’s the massage therapist for both of us, and he lied to Lin saying, “Yeah, Andrew can sing.” So without Greg’s enduring friendship, I wouldn’t be nominated for an Academy Award right now.

Would you ever want to sing in another role?

I would absolutely love it. It’s going to be hard to match this experience as I’m spoiled right away. Jonathan Larson as a character inspires so much passion and energy. When he sang, it was life and death. He wasn’t just singing to sing — it was, “No, no, no, I have to get to the White House and the convention halls to change the legislation so my friends don’t die.” I have to awaken a whole generation of people to the beauty and meaning of life, and the brevity and sanctity of life.”

What do you find the energy for? a musical number like ‘Why’, just who are you, sitting at a piano on the stage of the Delacorte Theater, singing about a friend he thinks is going to die?

That scene is kind of the emotional climax of the piece. I say apex, but what’s the opposite of an apex?

The low point! Thank you. I will not forget that word. It’s the emotional low point of Jonathan’s journey, which is why it had to be sung live. And because it was an improvised song – he just made it up on the spot, trying to meet this impossible moment, of the possible loss of his best friend. You become a deep sea soul traveler for the sake of an audience.