Aoife O’Donovan’s songs poured out when touring was halted 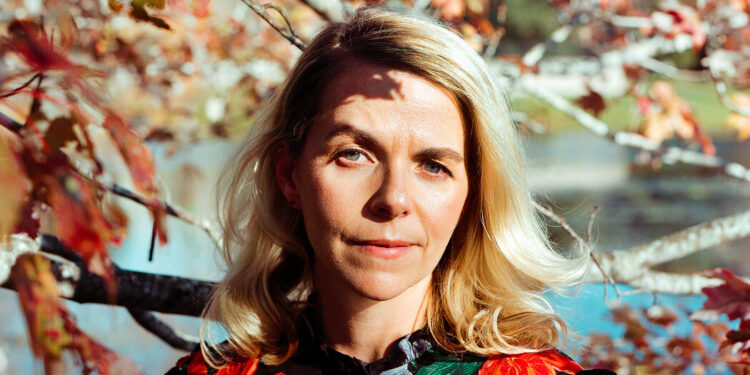 The process took the better part of a year. “It gave me and Aoife an opportunity to really listen to every element as it came in,” Henry said from his home in Maine. ‘And to decide, you know, do we need more? How far are we going with this?”

For O’Donovan, ‘Age of Apathy’ is her most personal album. Unlike her other solo albums, it is full of details: a bus route, a highway, the sense of a historical moment. “I’ve never written so literally,” she added. “In the past, I’d obscure it in a way that would try to make it a little more universal. But all these things actually happened.”

In the title track, O’Donovan mentions the Taconic Parkway, which runs into upstate New York, and continues, “Go east on 23, past the farms and the festival memories.” She cites the Falcon Ridge Folk Festival in Hillsdale, NY, along Route 23 at the foothills of the Berkshires, where Crooked Still found its first enthusiastic audience of folk listeners and the band sold a wondrous 1,000 independent CDs, kicking off their careers. . The song also reminds her of going to a vigil at Boston’s Christian Science Center a few days after the 2001 World Trade Center attacks, wondering, “Was it the end or the beginning? / All that I remember is the singing and the music, trying to dispel the fear.”

The centerpiece of the album, O’Donovan said, is “Elevators,” a heavy waltz that sometimes skips a beat, as if it can’t wait to jump ahead. O’Donovan sings about “this great experience of a traveling musician, the kind of amnesia you get when you’re on tour, the comfort of not knowing where you are and yet knowing exactly where you are,” she said. . “Is it going to come back to this? Shall I be there again and say, where am I? Who is that person running out the door? Is that me? Is that just my ghost from past tours?’

O’Donovan’s personal touchstones are dragged into the atmosphere of the album: pensive, determined, ambivalent and then determinedly hopeful. “Age of Apathy” ends with “Passengers,” a fast-plucked, major-key track that takes a look back at Joni Mitchell. It depicts a journey through interplanetary space: a way forward, post-pandemic, post-uncertainty, happily on the move again.

“Music is everything to me – it’s literally the most important thing,” she said. “When I think about where do I want my life to go, where do I want to be when I’m older, what’s going to happen after we’re dead – the music is the thing that will carry us through to the end. And music is what will be when we are gone.”