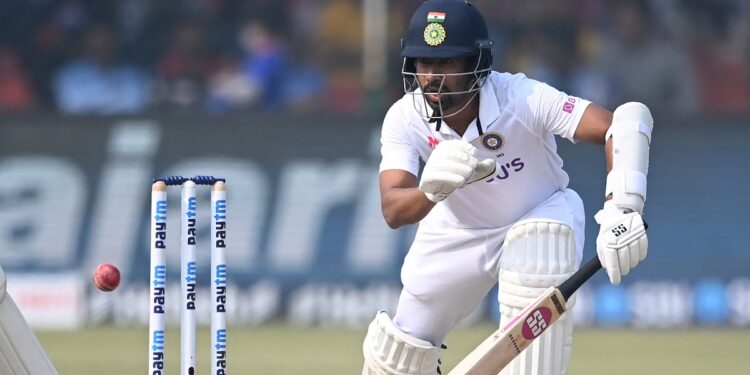 
Indian wicketkeeper batter Wriddhiman Saha has come out with all weapons after being dropped from the Indian team for the two-match Test series against Sri Lanka, starting on March 4. Saha, who has been in and out of the Indian team in recent times with Rishabh Pant cementing his place in the Test with XI, said he was informed by BCCI President Sourav Ganguly that “as long as I’m here (the BCCI at the helm ), you would be on the team”.

Saha revealed that Ganguly congratulated him after his battle knock of 61 in the first Test against New Zealand in Kanpur in November.

“After scoring 61 against New Zealand in Kanpur, Dadi (Ganguly) congratulated me via WhatsApp and said, ‘As long as I’m here (the BCCI at the helm), you would be on the team’. the BCCI president has really boosted my confidence. It’s hard for me to understand that things have changed so quickly,” Saha told The Sunday Express after the Indian squad was announced for the home series against Sri Lanka.

In a virtual press conference, chief selector Chetan Sharma announced the Test and T20I squads for the series against Sri Lanka.

According to PTI news agency, Saha revealed that team management led by head coach Rahul Dravid had told him to consider “retirement” as he will no longer be eligible for selection.

“The team management had told me that I would be ineligible from now on. I couldn’t say this as long as I was part of the Indian team lineup,” Wriddhiman told PTI on Saturday.

“Even coach Rahul Dravid suggested I think about retiring,” he added.