At least 12 dead in Karachi gas explosion. in Pakistan 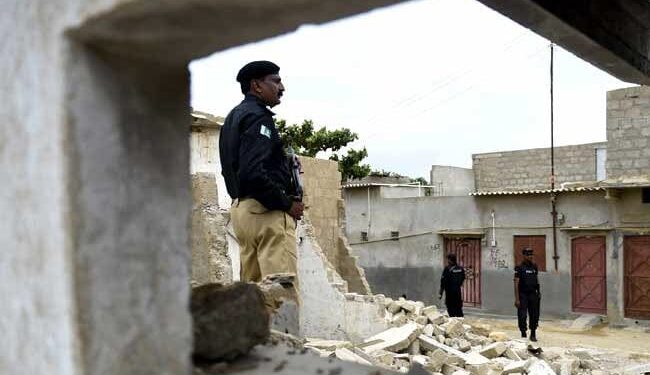 At least 12 people were killed and more were injured in a gas explosion in the Pakistani port city of Karachi on Saturday.

The explosion went off in a bank building in the Sher Shah neighborhood and social media and TV footage showed the windows and doors of the two-storey building had been blown out, with documents scattered over a wide area.

Cars and motorcycles parked nearby were also damaged.

Provincial police told AFP that an explosive ordnance disposal service was investigating, but “apparently the gas leak was the cause”.

They said 12 people had been killed and 13 were treated for injuries.

Explosions caused by faulty gas cylinders – used for cooking as well as in cars – are common in Pakistan.

Karachi, which is responsible for 60 percent of Pakistan’s economic output, has long suffered from cracking infrastructure, illegal construction and failing municipal services.