Badshaai Do Trailer: Movie spotlights lavender wedding, but what does the term mean? 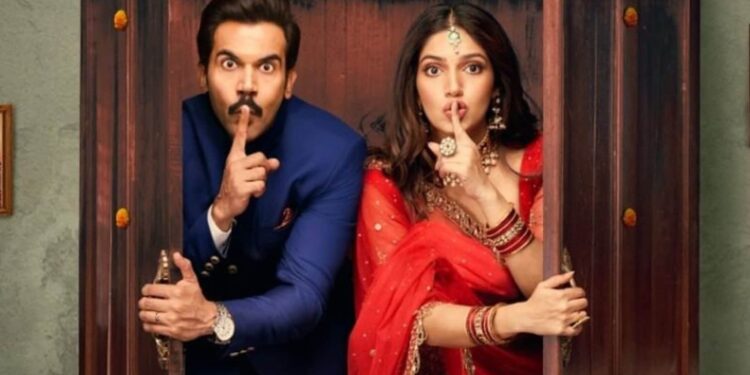 Bollywood has made another attempt to popularize the Indian LGBT+ community with a new film Badhaai Do. Starring Rajkummar Rao and Bhumi Pednekar, the film’s trailer reveals how a gay man and a lesbian woman plan to get married in a small town in India. Since its release, the trailer has received promising reviews. Rajkummar, who plays a gay police officer, convinces a lesbian PT teacher, played by Bhumi, to get married so that their families can be wary. The concept of homosexuals of the opposite sex marrying each other is known as a “lavender marriage.”

The term dates back to the pre-World War II era of 20th-century Hollywood when public figures hid their sexual preferences because it was taboo. Celebrities in the early days of Hollywood, trying to build a stable career in the film industry, would pretend to be straight and get married. The lavender color was often associated with homosexuality around the turn of the century. Hollywod, therefore, adopted the term to cover up marriages that were staged to uphold the facade of heterosexuality.

Arouba Kabir, a mental health counselor and wellness coach, told Indian Express that the term “lavender wedding” is more than a century old. “Lavender wedding is a choice that allows a person to be themselves and still protect their personal life from public speculation,” she said through the outlet.

Recently, filmmaker Harshvardhan Kulkarni clarified that the film is not inspired by the South Korean film Two Weddings and a Funeral. He also stressed that lavender weddings are just as common as elopement weddings. Harshvardhan said thousands of movies are in that genre, so there may be other movies that people may not have heard of. “And when you see the characters, you’ll realize it’s extremely original and the story is told organically,” the filmmaker said.