Before Omicron even got a name, it could have spread throughout New York and the country 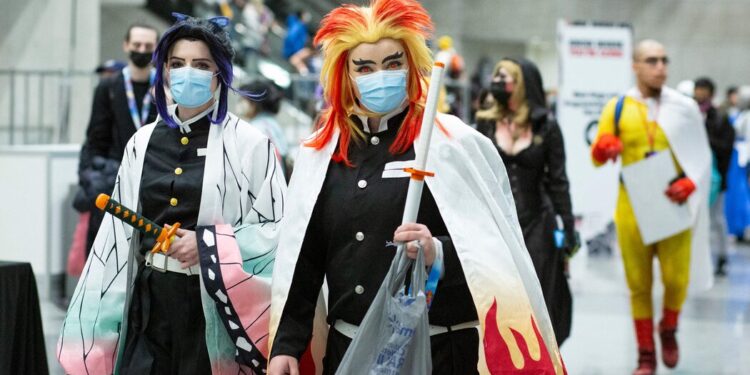 Organizers said Mr McGinn may have contracted Omicron elsewhere. “He was just one person who was at our event,” said Kelly Comboni, president of Left Field Media, which hosted Anime NYC. “No other mass cases have been reported from our event.”

When he returned to Minnesota a few days before Thanksgiving, he felt unusually tired. His mild cough was probably his asthma, he thought. After a long sleep – about 14 hours – he felt fine.

Then Mr. McGinn heard from a friend from the convention who lived in North Carolina and had tested positive for the virus.

On November 23, he took a Covid test at home, which came back positive. He also went to a large test site for a PCR test.

Other friends from the convention, all vaccinated, reported that they were also infected.

“One man had a bad day, but for the most part mild symptoms for everyone,” said Mr. McGinn. “It was staying home, getting a blanket and watching a movie.”

mr. McGinn said he had no idea who infected whom, or where.

By the evening of Dec. 1, Minnesota health officials were convinced that a batch of samples they had recently analyzed for mutations contained their first case of Omicron. An investigator, Kathy Como-Sabetti, called Mr. McGinn to find out to whom he had exposed the new variant. Mr. McGinn told her about the anime convention, with its hustle and bustle. “I was kind of like, ‘Wow, well, this changes our story,'” she said.