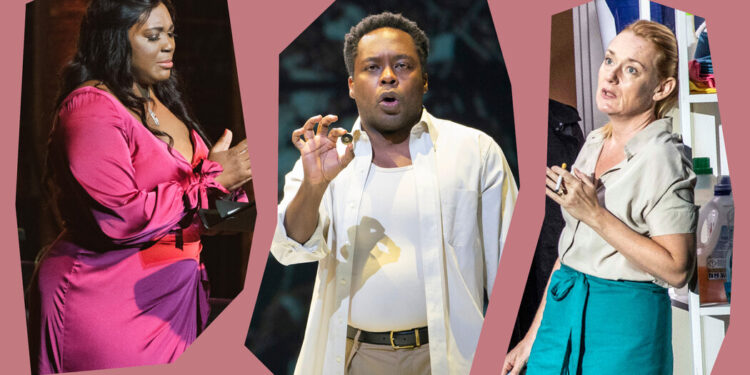 Rarely did either piece use the full forces of the orchestra. “Vista” opens with an interplay of oboes; ‘Innocence’, with only a handful of low instruments before the entrance of a wailing bassoon. Not a single note is strange, partly because there aren’t that many to start with. Like Flaubert’s sentences, Saariaho’s writing here is made with the economics of an essentialist. Only the mot juste remains.

But with maximum effect. And therein lies the wisdom of Saariaho’s most recent music, which feels like the culmination of a master’s practice. For decades she has been exploring the possibilities of acoustic and electronic sounds: how they are produced and transformed, how they can deceive the mind and stimulate the senses. She has also, as she told pianist Kirill Gerstein in a recent online conversation, spent years honing her own kind of harmony, free from the constraints of her serialism-era training.

“Vista” has explosively big moments, but doesn’t rely on them for its strength. Instead, the allure and tension of textures slowly shifting, like a driver’s view of an open landscape, accumulate. “Innocence” is naturally more dramatic, but achieves its heightened emotions through both absence and exclamation.

A propelling collective memory game – about an international school shooting and the long tail of trauma – “Innocence” is an opera ripped from the headlines for our time. But it also has the hallmarks of a classic, taking the universal out of the personal when dealing with grief and forgiveness; it fits neatly on the shelf next to “Jenufa” and “Wozzeck.”

Sofi Oksanen’s libretto gradually reveals its mysteries, as it moves fluidly between years, languages ​​and relationships – with a cast of 13 singers and actors, each recognizable by a unique musical palette. That seems like a lot, especially with a large orchestra and choir, but “Innocence” is a triumph of restraint and readability. Masterful in her mastery of such powers, writes Saariaho steadfast in the service of the drama. And the scale follows.

“Innocence” is intended for major houses in Europe and the United States, including the Metropolitan Opera. Also ‘Vista’ is still on the road. Saariaho must therefore remain a highlight of the classical music year in the coming years.