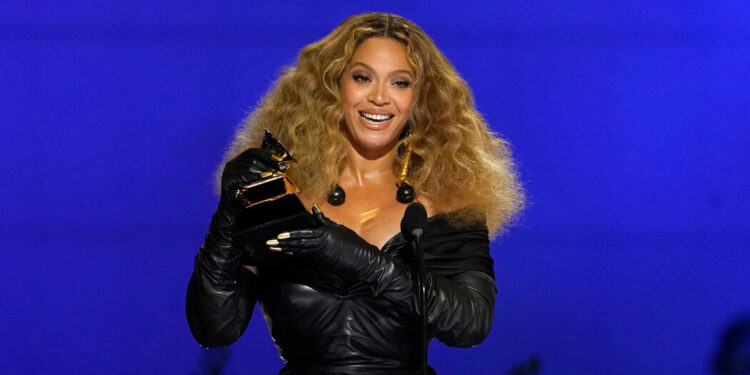 Will Beyoncé and Lin-Manuel Miranda compete at the Oscars? That matchup became possible on Tuesday when the Academy of Motion Picture Arts and Sciences announced the shortlists for the best song and nine other categories.

Beyoncé and songwriter Dixson made the cut for “Be Alive” from “King Richard,” a biopic about Venus and Serena Williams’ father. If the song makes the next round, it would be Beyoncé’s first Oscar nomination. Miranda was shot for ‘Dos Oruguitas’, which he wrote for ‘Encanto’, the animated story about a gifted family in Colombia. Other contenders in the category include Billie Eilish and Finneas (for the Bond song “No Time to Die”) and Van Morrison (for “Down to Joy”, from “Belfast”), who recently made headlines for songs protesting against Covid-19 lockdown measures. (Eilish was also the subject of a shortlisted documentary.)

Jonny Greenwood and Hans Zimmer may compete against each other and themselves for the best score. Both have been recorded twice: Greenwood for “The Power of the Dog” and “Spencer”; Zimmer for “Dune” and “No Time to Die.”

Another striking twin: ‘Flee’, the animation documentary about an Afghan refugee in Copenhagen, made the documentary and international playlists. The documentary’s finalists included several films that made the top year-end charts from critics, including “Summer of Soul” and “The Velvet Underground.” The same goes for the international feature film category, with ‘Drive My Car’ (Japan’s entry) and ‘The Hand of God’ (from Italy) taking the lead.

Here are the shortlists:

“The Harder They Fall”

“The Power of the Dog”

“The Tragedy of Macbeth”

“Billie Eilish: The world is a bit hazy”

“In the Same Breath”

“Summer of the soul”

Bhutan, “Lunana: A Yak in the Classroom”

Germany, “I am your man”

Italy, “The Hand of God”

Mexico, “Prayers for the Stolen”

Norway, “The Worst Person in the World”

“The Power of the Dog”

“Shang-Chi and the Legend of the Ten Rings”

“The Eyes of Tammy Faye”

“Step into the river”

“Ala Kachuu – Take and Run”

“When the sun goes down”

“The Queen of Basketball”

“Sophie and the Baron”

“When We Were Bullies”