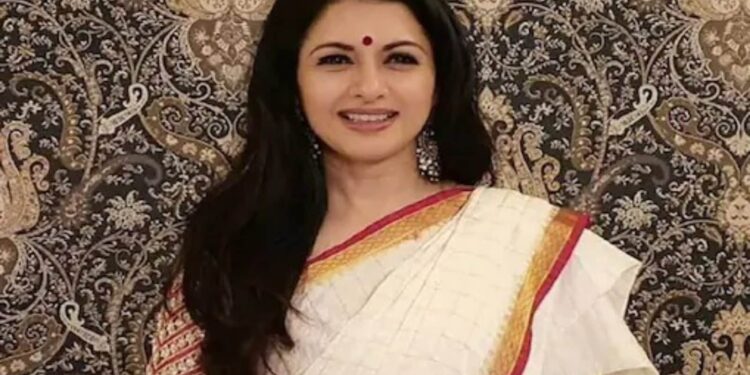 Actress Bhagyashree has vowed to overcome her laziness and tone her upper body this year and has given her fans some real fitness goals.

Bhagyashree, 52, has in no way let her age be an obstacle in her fitness journey

Actress Bhagyashree vowed to overcome her laziness and tone her upper body this year, and she has given her fans some real fitness goals. The 52-year-old has in no way let her age be an obstacle in her fitness journey. Instead, she was seen doing some intense strength training in the latest video uploaded to her Instagram page.

Bhagyashree recently shared some inspiring snippets from her workout session and even detailed her future fitness goals via the caption. “Back to work,” she wrote. In the caption, Bhagyashree admitted she was too lazy and unmotivated to work on her upper body through exercises. She went on to say she has also suffered from a weaker upper body, as her “shoulder and arms have been throwing tantrums like a neglected child.”

Bhagyashree inspired her fans, claiming that her fitness goal for this year would be to tone her upper body. The actress even explained that it is not wise to neglect certain body parts just because they are weak. She went on to write that she will work to build energy so that her body’s neglected muscles can function properly. “So here it goes,” she added.

In the video, Bhagyashree was seen performing an impressive workout at a gym. Wearing a black T-shirt and blue sports shorts, Bhagyashree performed several repetitions of the cable chest pressing exercise. The actress stacked some plates on the machine and maintained an incredible posture throughout the exercise. The chest press exercise usually works the upper body and helps strengthen the chest muscles. It’s a great way to get some upper body strength, which Bhagyashree is determined to achieve.

Previously, Bhagyashree had shown us another way to build upper body strength through a video on her Instagram page, working on her back muscles. There, too, Bhagyashree had achieved perfect form, performing rope rows in a grueling training session.

You can also try these upper body exercises for a good physique.