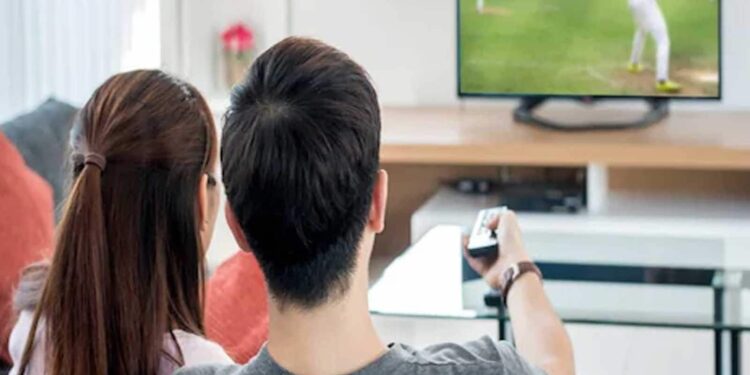 The risk is lower in people who watch television for less than 2.5 hours at a time.

Researchers have also warned against consuming snacks while watching television

Disadvantages of watching television for a long time we have been told time and time again. A new study, conducted by the University of Bristol, England, has produced far more alarming results. The researchers concluded that watching TV for 4 or more hours continuously increases the risk of blood clots in veins by 35 percent. The risk is lower in people who watch television for less than 2.5 hours at a time.

The study’s findings have been published in the European Journal of Preventive Cardiology, the official journal of the European Association of Preventive Cardiology. Lead author of the study Dr. Setor Kunutsor said breaks should be taken while watching television. dr. Setor suggested standing and stretching every 30 minutes, and he also advised not to have snacks while watching television.

The research included three studies. The mean duration of follow-up in three series of studies ranged from 5.1 to 19.8 years. The results achieved were alarming. During this period, 964 patients developed venous thromboembolism. Researchers also found that long-time television viewers were more likely to develop the problem of venous thromboembolism. The risk was 1.35 times greater for the binge watchers than for non-watchers.

People who think that physical activity can compensate for prolonged television viewing should also be careful. Researchers obtained these results regardless of a person’s BMI, physical activity, age and gender.

dr. Setor noted, however, that these findings are based on observational studies. According to the doctor, this does not prove that prolonged TV viewing always causes blood clots.