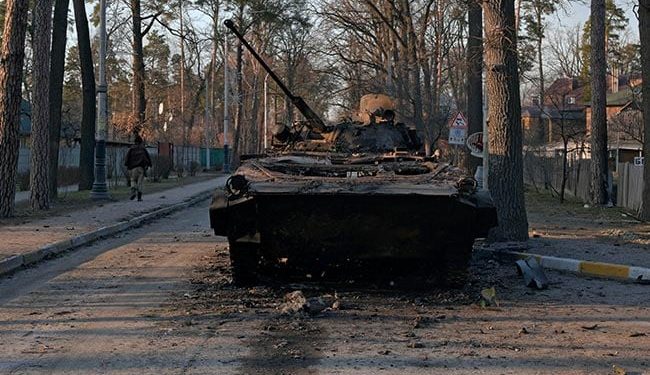 The BRICS bloc’s New Development Bank (NDB) has put all new transactions in Russia on hold, citing the “unfolding uncertainties and constraints” amid the crisis in Ukraine.

The NDB’s move came a day after the Asian Infrastructure Investment Bank (AIIB) halted all its projects in Russia and its ally Belarus.

“The New Development Bank (NDB) applies sound banking principles in all its activities, as stated in its articles of association,” the bank said in a statement posted on its website on Thursday.

“In light of the unfolding uncertainties and constraints, NDB has put new transactions in Russia on hold,” it said.

“NDB, as an international institution, will continue to conduct business in full compliance with the highest standards of compliance,” it said.

The NDB was founded by Brazil, Russia, India, China and South Africa (BRICS) to mobilize resources for infrastructure and sustainable development projects in BRICS and other emerging economies and developing countries.

On Thursday, the China-based AIIB halted all its projects in Russia and its ally Belarus.

“Our bank is actively monitoring the situation and assessing its impact on AIIB’s operations and the economies of our members,” said a press release on the bank’s website.

“We, management, will do our utmost to preserve AIIB’s financial integrity, against the background of the evolving economic and financial situation,” it said.

“Under these circumstances, and in the interest of the Bank, management has decided that all activities related to Russia and Belarus will be suspended and reviewed,” the press release said.

The bank has financed several projects in Russia and Belarus.

The AIIB stated its decision to suspend the projects in Russia, saying that it is a multilateral organization established by an international treaty, and that compliance with international law is at the core of our institution.”

AIIB Management believes that multilateralism provides the best framework for countries to work together to address common challenges and support development.

“As the war in Ukraine unfolds, the AIIB extends its thoughts and condolences to all those affected. Our hearts go out to all who suffer,” it said.

“AIIB stands ready to flexibly and rapidly expand funding and support members directly or indirectly affected by the war,” the press release said.

“Economic spillovers from commodity price shocks, financial market volatility and other factors could negatively impact the economic situation of our members. We will work closely with our multilateral partner organizations to quickly provide all needed support,” it said.

On Wednesday, the World Bank announced it would suspend all programs in Russia and Belarus with “immediate effect” in response to Moscow’s military operations in Ukraine and “hostility” against the war-torn people.

Many countries, organizations and companies are severing ties and have imposed sanctions on Russia for its invasion of Ukraine and Belarus for its support and cooperation with Moscow.