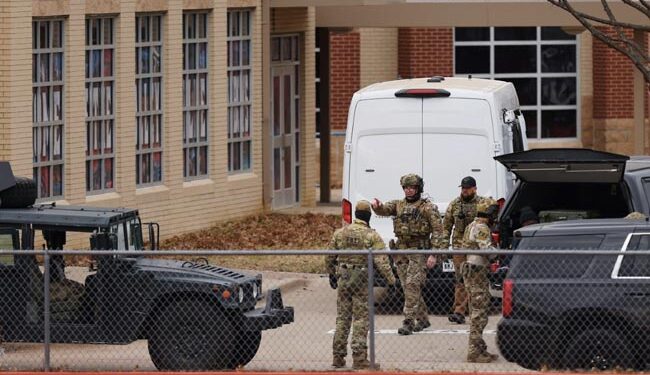 The agency is now expected to review the investigation.

British security forces recently investigated the man behind a hostage situation at a Texas synagogue but believed he posed no threat, media reports said Tuesday.

US authorities identified the kidnapper as British citizen Malik Faisal Akram, 44, who was shot dead Saturday during a 10-hour siege in the small town of Colleyville.

But it was shut down again after just over a month due to lack of evidence he posed a threat, the report added. The agency is now expected to review the investigation.

MI5 is monitoring about 3,000 jihadist suspects at any given time and has investigated a total of up to 40,000 individuals.

The four hostages, including a respected local rabbi, Charlie Cytron-Walker, were all released unharmed Saturday night, sparking relief in the United States, where the Jewish community and Biden are again calling for anti-Semitism to be fought.

Biden declined to speculate on the motive, but appeared to confirm reports that the hostage-taker was seeking the release of Aafia Siddiqui, a Pakistani neuroscientist known as “Lady Al-Qaeda,” whose detention has been a celebre for jihadists.

At one point, the standoff involved 200 local, state and federal law enforcement officers gathered around Colleyville.

The incident raised questions about why Akram, whose family said he had mental health problems and was known to have a criminal record, was allowed into the country late last year.

Several British media outlets reported that Akram was banned from a local court in Blackburn for comments he made to staff about the September 11, 2001 attacks in the United States on the day of the attack.

Two teenagers were arrested on Sunday in south Manchester, some 21 miles from Blackburn, as part of the US investigation.

Counter Terrorism Policing North West said Tuesday the couple had been released without charge and a home in the area was being searched.

“Overnight constructive meetings have taken place with colleagues from the United States.”