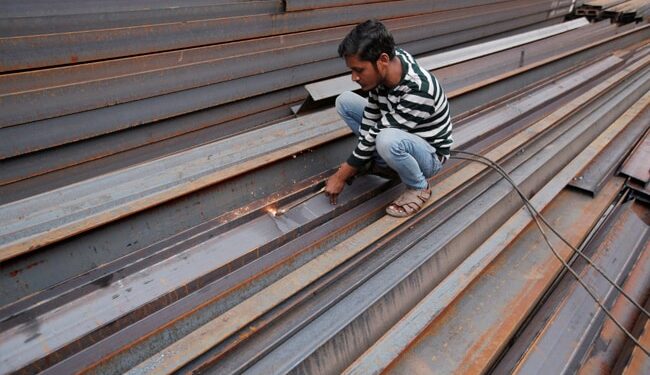 India, the world’s third largest emitter of greenhouse gases behind China and the United States, has pledged to achieve a net-zero emissions target by 2070 and increase the share of renewables in its energy mix to 50% by 2030.

Indian steelmakers want federal subsidies and tax incentives to purchase new technologies, the Indian Steel Association said in a statement ahead of the country’s annual budget on Feb. 1, as they seek to cut emissions to 2.4 tons of CO2/per ton crude steel output by 2030 of 2.6 tons in 2020.

The association has also urged Prime Minister Narendra Modi’s government to make it mandatory for government-backed construction projects — the largest consumer of steel — to source some of the alloy from low-carbon producers.

“The sector is taking initiatives on its own to reduce its carbon impact, but needs policy and public support to adopt deep decarbonization technology that is economically viable in early stages of adoption,” said Sajjan Jindal, chairman of the JSW group.

Between January and December, India’s crude steel production rose 17.8% to 118.1 million tonnes, a second only to China as economies recovered from pandemic-related lockdowns.