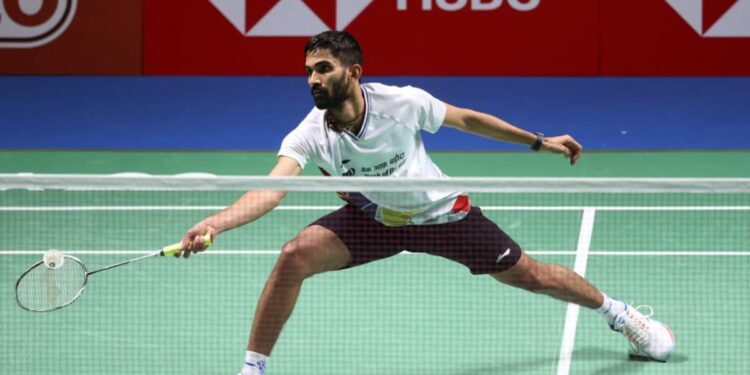 Kidambi Srikanth regained his place in the world’s top 10 in the rankings.© AFP

Riding his historic silver at the World Championships, Indian Kidambi Srikanth jumped four places and reclaimed his place in the world’s top 10 in the latest Badminton World Federation (BWF) rankings. The 28-year-old from Guntur was rewarded for his final finish in Huelva, Spain when he took 10th in the standings. Young Lakshya Sen, who also took a first bronze medal at the World Championship in his first campaign at the event, jumped two places to 17th position, but B Sai Praneeth dropped two places to sit 18th.

The quarterfinals of HS Prannoy in Spain saw him improve six places to 26th place.

In the women’s singles, two-time Olympic medalist PV Sindhu held steady in seventh place, while Saina Nehwal, who is recovering from multiple injuries, is in 25th place.

The men’s doubles pair of Chirag Shetty and Satwiksairaj Rankireddy dropped one place to 10th position, while Ashwini Ponnappa and N Sikki Reddy recaptured their top 20 positions in women’s doubles.