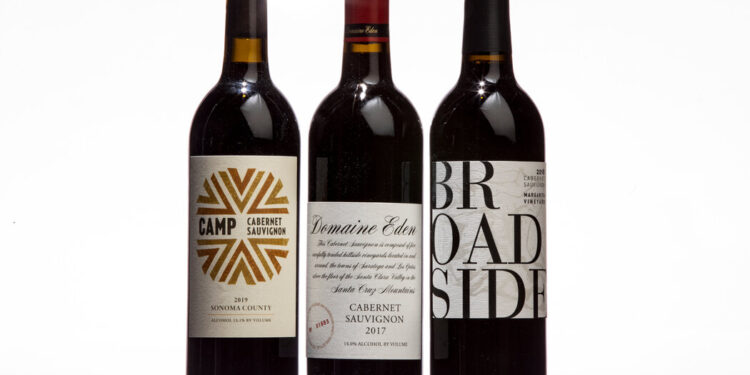 If Americans know one thing about wine, they know this: Napa Valley makes cabernet sauvignon.

They know it so well that many Americans simply assume that all cabernet sauvignon comes from Napa Valley. Paul Draper, the longtime head of Ridge Vineyards, which makes Monte Bello arguably the greatest American cabernet, once joked to me that people were surprised to learn that Monte Bello wasn’t from Napa. It comes from the Santa Cruz Mountains.

In fact, many California Cabernet Sauvignons do not come from Napa Valley. Many supermarket cabernets come from the Central Valley, where industrialized agriculture has scaled up to produce wine very cheaply. Much better cabernets come from elsewhere in the state. Of the approximately 95,000 acres of cabernet in California, according to the United States Department of Agriculture, only about 22,000 acres are in Napa.

That’s a significant percentage, but it means a lot of cabernet is grown elsewhere, including nearly 13,000 acres in Sonoma.

This month we’re going to try three cabernet sauvignons from outside of Napa Valley. The three bottles I suggest are:

Two of the bottles, the Broadside and the Camp, are quite cheap. They are made to be drunk young and are easy to handle. The third, Domaine Eden of the excellent and historic Mount Eden Vineyards, is a bit more expensive and serious.

If you can swing it, I urge you to try the Eden along with the others, if only to understand a more age-worthy bottle as well.

These producers shouldn’t be too hard to find. But other reasonably priced options to look for include Bedrock in Sonoma County, Foxglove in Paso Robles, and Ground Effect in Santa Barbara.

If you don’t mind spending a little more, don’t hesitate to pick from numerous producers in Sonoma, the Santa Cruz Mountains, and other regions of California outside of Napa.

I don’t eat a lot of red meat, but that’s what I’ll be cooking with these wines, be it steaks, lamb or burgers. But I’m not doctrinaire. I would drink these wines with a roast chicken, with pork chops, with the Thanksgiving turkey. If you’re not a meat eater, these might go well with savory mushroom dishes.

I will deliver my usual reminder. It is often said that red wines should be drunk at room temperature, but in which room? Whoever said it first probably had a drafty mansion that was always chilly. It is better to think of cellar temperature, which translated means somewhat cool.