California is suing Tesla, saying the company allows racial discrimination in its factory. 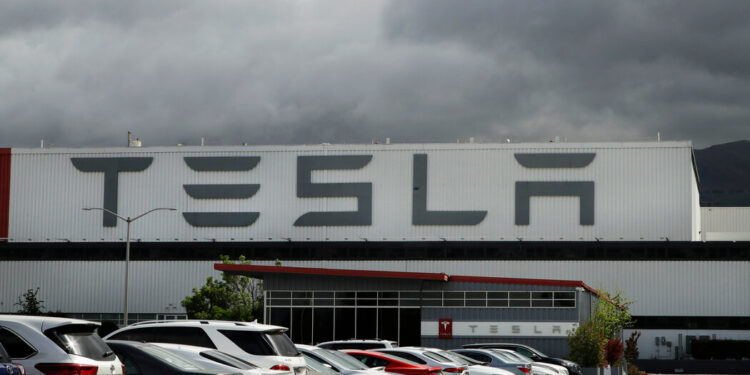 A California state agency is suing Tesla, accusing it of allowing racial discrimination and harassment at its San Francisco Bay Area factory in a lawsuit made public on Thursday.

The California Department of Fair Employment and Housing said hundreds of Tesla employees had reported being exposed to racist graffiti and widespread use of racist comments, including from supervisors. They also accused the company of discriminatory practices. The agency said black workers were assigned more physically demanding work and were denied transfers and promotions more often than other workers.

“After receiving hundreds of complaints from employees, DFEH found evidence that Tesla’s Fremont factory is a racially segregated workplace where black employees are subjected to racist remarks and are discriminated against in assignments, discipline, pay and promotion, creating a hostile work environment,” says Kevin Kish. the department director said in a statement. “The facts in this case speak for themselves.”

In a statement posted online Wednesday before the lawsuit was filed, Tesla said it “strongly opposes” all forms of discrimination and harassment. The company denounced the lawsuit, arguing that the state agency had investigated dozens of previous claims in recent years and found no wrongdoing.

“It therefore undermines the agency’s credibility to now, after a three-year investigation, claim that there was somehow systematic racial discrimination and harassment at Tesla,” the company said. “A story concocted by the DFEH and a handful of Plaintiff’s companies to generate publicity is not factual evidence.”

Tesla did not respond to a request for comment.

Tesla said its Fremont factory had a “majority minority workforce” and described the lawsuit as counterproductive “at a time when manufacturing jobs are leaving California.” The company moved its headquarters to Texas last year and opened a new manufacturing facility in the Austin area.

Tesla also said the California agency had rejected its requests for information about the allegations. The company plans to ask the court to “interrupt the case and take other steps to ensure that facts and evidence are heard,” it added.

In October, a federal jury in San Francisco awarded $137 million to a black former Tesla employee who said he had experienced racial harassment from a supervisor and other colleagues while working at the Fremont factory in 2015 and 2016. epithet in a bathroom stall and left drawings of disdainful caricatures of black children around the factory, he said.

The following month, Jessica Barraza, another Tesla employee, sued the company, accusing it of permitting ubiquitous sexual harassment, both verbal and physical. Six other women sued the company in December over similar treatment.

Last month, one of Tesla’s top black executives, Valerie Capers Workman, left the company. As chief of human resources at Tesla, Ms. Workman has often been the face of her response to such lawsuits.