Cheering with (and for) each other over the years 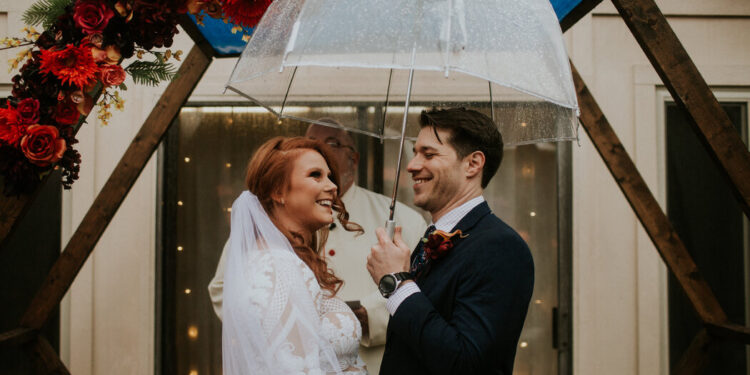 Belinda Kathryn Smith and William Ryan Huffer were both looking for a physical activity when they joined the cheerleading squad Cheer Dallas.

When they met as teammates in August 2010, Ms. Smith said she immediately felt comfortable with Mr. Huffer and made sure he was in her stunt group. “If I was going to fly, I wanted to choose my group,” she said. “I chose Ryan because I trusted him.” Also: “He was cute.”

In September, he posted on Facebook asking if anyone was interested in an extra ticket to see the alternative rock band Anberlin at the House of Blues in Dallas.

The mail said he would give it to the person who guessed a number between one and a hundred. Ms. Smith placed the first — and winning — guess: 74. “We’re still not in agreement whether the number was actually 74 or whether Ryan determined it was the number when he saw the guesses,” said Ms. Smith.

In 2013, Mr. Huffer began working as a mechanical engineer at Halliburton, a position he held until 2020, when he was made redundant. (Since then, he has focused on learning the stock market and day trading.) The year he started at Haliburton, Mr. Huffer and Mrs. Smith also left Cheer Dallas and joined another team.

She retired from cheerleading in 2018, which was also the year that Mrs. Smith and Mr. Huffer decided to move in together in Dallas. In 2021, she returned to Cheer Dallas as a member of the board of directors, of which she is the secretary.

In August, Ms. Smith found out she was pregnant, a faster-than-expected development that accelerated the couple’s wedding timeline.

“We knew we would be together,” she said, “but there was no great reason for us to get married before that.”

Mr. Huffer proposed months later, on October 27, 2021, while the two were aboard a Norwegian Cruise Line ship on a voyage that featured performances by his favorite band, Coheed and Cambria. After attending a party-themed event on board, they returned to their stateroom where, as Ms. Smith recalled, “Ryan got down on one knee and said, ‘We’re ending one journey, but I’d like to start another. with you.'”

They were married on February 2 at their home in Dallas. Bruce Blackman, a friend of the couple ordained by Universal Life Church, led the outdoor ceremony, which took place as rain fell on the bride, groom and their 28 guests, all but one of whom had been vaccinated.

“We were hoping to beat the rain,” said Mr. Huffer, who held an umbrella over himself and Mrs. Smith during the ceremony. “But it didn’t happen.”

Although they had planned an outside reception, the weather prompted them to move it inside, which, according to Mr. Huffer, wasn’t all bad.

“It felt like a family gathering,” he said, the kind of stressful scene where people “grabbed food in the kitchen and ate in the living room.”