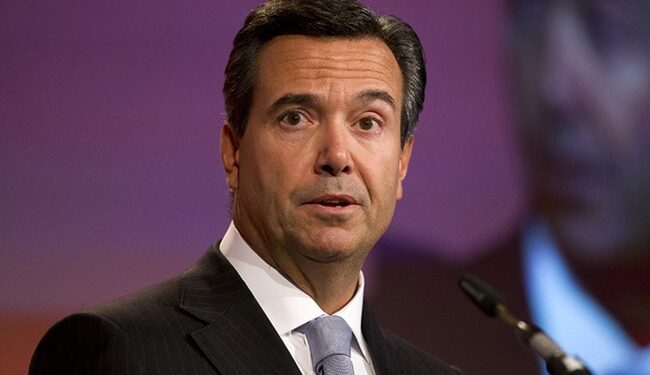 Antonio Horta-Osorio had committed to address the risks at Credit Suisse.

The head of Credit Suisse has resigned less than a year after taking over the reins of the scandal-stricken bank after reports of violating Covid quarantine rules.

Antonio Horta-Osorio’s resignation was effective immediately following an investigation ordered by the board, Switzerland’s second-largest bank said in a statement released Monday.

Board member Axel Lehmann was appointed to take his place.

“I regret that some of my personal actions have caused difficulties for the bank and compromised my ability to represent the bank internally and externally,” Horta-Osorio said in the statement.

“I therefore believe that my resignation is in the best interest of the bank and its stakeholders at this crucial moment.”

Switzerland tightened the conditions to enter or return to the country at the end of November after the emergence of the highly contagious Omicron variant.

Blick reported in December that Horta-Osorio had traveled from Britain aboard a private jet to Switzerland after the UK was placed on a list of countries subject to quarantine rules.

After arriving at his home, Horta-Osorio asked if he could be released from isolation or if the measure could be shortened for him, the newspaper said.

Despite getting no response from authorities, the banker took a plane to the Iberian Peninsula before heading to New York for a board meeting.

The resignation adds to the woes of the Swiss banking giant, which was rocked by its ties to the multibillion-dollar meltdowns at financial firms Greensill and Archegos last year.

Horta-Osorio, who had built a solid reputation by turning over British bank Lloyds, had committed to addressing the risks at Credit Suisse.

“We respect Antonio’s decision (to step down) and are deeply indebted to him for his leadership in defining the new strategy, which we will continue to implement in the months and years ahead,” said Severin Schwan, vice chairman of the board. of Credit Suisse’s board of directors, in the company statement.

“Axel Lehmann as the new chairman, with his extensive international and Swiss industry experience, is ideally suited to drive the bank’s strategic and cultural transformation forward,” he said.

The board will propose that Lehmann, who has headed the risk committee since October, permanently takes over the role of chairman at the annual general meeting on April 29, the bank said.

“We are on the right track with the new strategy and will continue to embed a stronger risk culture across the company,” said Lehmann.

“By executing our strategic plan in a timely and disciplined, distraction-free manner, I am confident that Credit Suisse will demonstrate the renewed strength and business focus needed to generate sustainable value for all of our stakeholders,” he said.