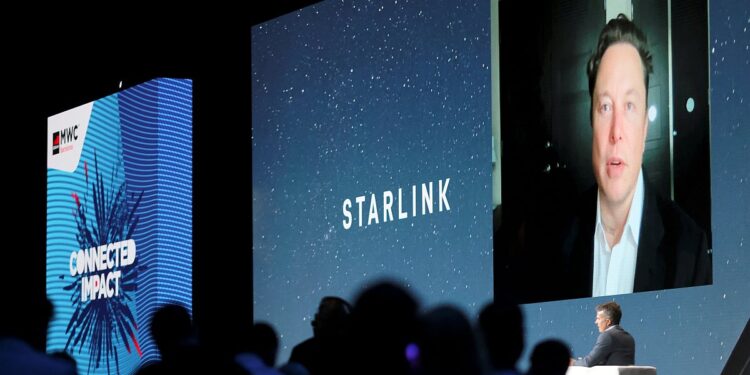 Beijing on Tuesday accused the United States of irresponsible and unsafe behavior in space during two “close encounters” between the Chinese space station and satellites operated by Elon Musk’s SpaceX.

Tiangong, China’s new space station, had to maneuver to avoid colliding with one Starlink satellite in July and October, according to a note Beijing submitted to the United Nations space agency this month.

The note said the incidents “posed dangers to the life or health of astronauts aboard the China Space Station”.

“The US is ignoring its obligations under international treaties and is posing a serious threat to the lives and safety of astronauts,” China’s Foreign Ministry spokesman Zhao Lijian said at a routine briefing on Tuesday.

Starlink, a division of SpaceX, operates a constellation of nearly 2,000 satellites that aim to provide Internet access to most parts of the Earth.

SpaceX is a private American company, independent of the American military and civilian space agency NASA.

But China said in its note to the UN that members of the Outer Space Treaty — the foundation of international space law — are also responsible for actions by their non-governmental entities.

SpaceX did not respond to a request for comment.

Evasive maneuvers to reduce the risk of collisions in space are becoming more common as more objects enter Earth’s orbit, said Jonathan McDowell of the Harvard-Smithsonian Center for Astrophysics.

“We’ve really noticed the increase in close passes since Starlink was deployed,” he told AFP.

Any collision would likely “completely destroy” the Chinese space station and kill everyone on board, McDowell added.

One hashtag on the topic on the Twitter-like Weibo platform was viewed 90 million times on Tuesday.

“How ironic that Chinese people buy Tesla and contribute large sums of money so Musk can launch Starlink, and then it (almost) crashes into the Chinese space station,” said a user on Weibo.

Musk’s electric car maker Tesla sells tens of thousands of vehicles in China every month, though the company’s reputation has been dented this year after a spate of crashes, scandals and data security concerns.

“Prepare to boycott Tesla,” said another Weibo user, echoing a common response in China to foreign brands seen as acting against national interests.