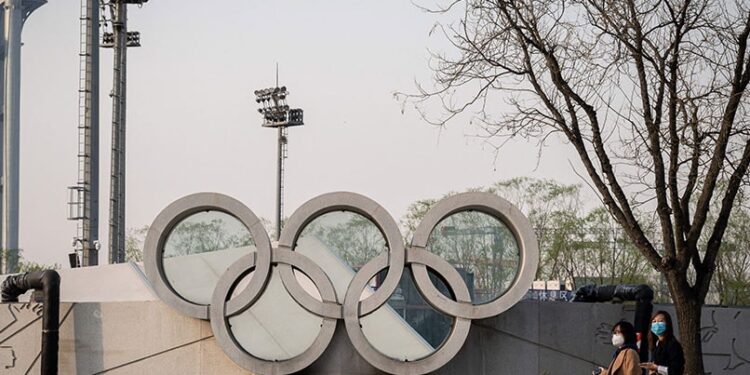 Chinese authorities closed an area next to Beijing this week following a handful of reported coronavirus cases, but made no public announcements about the new restrictions with just a week until the Winter Olympics.

About 1.2 million people in Xiong’an New Area – a new economic zone located 100 kilometers southwest of the Chinese capital – are no longer allowed to enter or leave their residential complexes, local virus prevention officials confirmed to AFP on Friday.

While recent lockdowns in China are publicly announced and widely reported by state media, the Xiong’an restrictions appear to have been introduced without notice – leading to confusion among some residents of the area.

“We expect this (lockdown) to last about a week, but the exact timing is uncertain,” virus prevention personnel in Xiong County, one of three counties in the area, said.

The restrictions went into effect on Tuesday, they added — on the same day, authorities in another district noted that five confirmed coronavirus infections had been discovered so far.

With the Winter Olympics starting next week, Chinese authorities have made efforts to stamp out flare-ups in several major cities, including Beijing.

China reported 39 domestic cases of Covid-19 on Friday, including a new ommicron cluster in the eastern city of Hangzhou, home of e-commerce giant Alibaba.

About 22 infections had been diagnosed in Hangzhou on Friday, and local health officials warned of further cases after it was revealed that a patient had attended a gathering of more than 300 people.

Officials in Suifenhe, a town in Heilongjiang province along the Russian border, were also racing to eradicate a mini outbreak linked to the Delta variant.

The latest wave of flare-ups has jeopardized spring festival vacation plans for millions.

Some users on China’s Twitter-like Weibo platform asked for more information about restrictions, while others questioned the extent of the measures.

“Is there a need for it? Why can’t we go home if the area is considered low-risk? Don’t make it one-size-fits-all,” one Weibo user said this week.

Another said on Thursday: “I don’t think I’ll be able to go home for the Lunar New Year.”

Meanwhile, the Winter Olympics will be held in a strict “closed-loop” bubble that separates everyone involved in the Games from the wider Chinese population to reduce the risk of infection leaking out.

Two athletes and eight officials who arrived in China tested positive for the virus on Thursday, bringing the total number of positive cases to 89.

The case numbers are small compared to the rest of the world.

A month-long lockdown on the megacity of Xi’an was lifted earlier this week after a cluster that grew to more than 2,100 cases — China’s largest outbreak in months — was largely wiped out.

But persistent flare-ups continue, including in Beijing and the nearby port city of Tianjin.