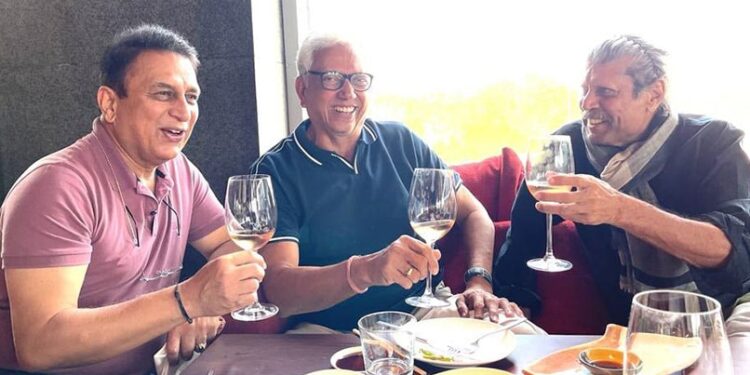 Former Indian cricketer Rohan Gavaskar, son of legendary batter Sunil Gavaskar, shared a photo of the 1983 World Cup winning stars having a gala time. In the photo, former Indian cricketers Kapil Dev, Sunil Gavaskar and Mohinder Amarnath can be seen enjoying a meal and laughing. Rohan Gavaskar, who has represented India in 11 ODIs, wrote on Twitter: “Decades of friendship, laughter, love and respect!! The beauty of a team sport is that you make friends for life”.

Decades of friendship, laughter, love and respect!! The beauty of a team sport is that you make friends for life!! #team pic.twitter.com/2U7Ao6iuKI

Even after 38 years since India’s first World Cup triumph, the camaraderie between these three legends is a true example of “Decades of friendship, laughter, love and respect”, as Rohan Gavaskar rightly noted.

Against all odds, India defeated the West Indies’ tournament favorites in the final in the ‘Home of Cricket’ the Lord’s to claim their first World Cup title.

Meanwhile, in the bowling division, Roger Binny was the tournament’s leading wicket taker with 18 scalps to his name in 8 matches.

Their real-life characters will soon come to life in a Bollywood movie. Ranveer Singh starrer ’83’ has been turning heads since the project was announced.