Delta CEO asks US to ban unruly passengers from flying. 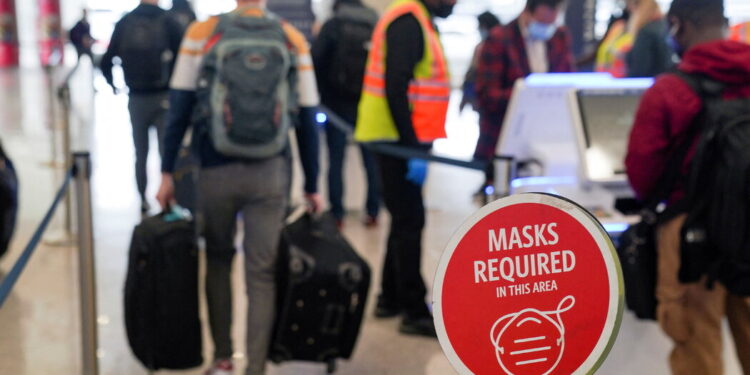 The chief executive of Delta Air Lines wants the federal government to put unruly passengers on a federal no-fly list that would ban them from commercial flights.

In a letter to Attorney General Merrick B. Garland, the director, Ed Bastian, said the government should put passengers convicted of disrupting flights on a no-fly list. Mr Bastian argued that this would be a “needed step” towards addressing a spike in aircraft violence that has endangered flight safety during the coronavirus pandemic.

“This action will help prevent future incidents and serve as a strong symbol of the consequences of failing to comply with crew instructions on commercial aircraft,” Mr Bastian said in a letter sent Thursday.

The number of disruptions from unruly passengers on Delta flights was twice as high last year as it was in 2019, Mr Bastian noted. The airline has put nearly 1,900 people on its own no-fly list for refusing to meet mask requirements and has referred more than 900 passenger names to the Transportation Security Administration for civil penalties.

The Federal Aviation Administration said it launched nearly 1,100 investigations into unruly passengers last year, more than in the previous seven years combined. That figure does not include security violations reported to the Transportation Security Administration.

Upset passengers often threaten and injure flight attendants, some of whom have been hospitalized. Several unions representing flight attendants and other airline personnel have previously called for the creation of a federal no-fly list, and Transportation Secretary Pete Buttigieg said the idea had merit last fall.

The FBI maintains a federal No-Fly List designed to prevent terrorist attacks. The Justice Department did not immediately respond to a request for comment on Mr Bastian’s letter.

In November, Mr. Garland instructed US attorneys to prioritize prosecution of federal crimes committed against commercial aircraft that compromised flight safety. “Passengers who attack, intimidate or threaten flight crews and flight attendants do more than harm those employees; they prevent the performance of critical tasks that contribute to safe air traffic,” he said at the time.

Some airlines have partially restricted the serving and sale of alcohol during the pandemic as a safety measure. In some cases, violent passengers were visibly intoxicated or under the influence of alcohol or drugs, according to flight attendants and social media videos.

“We have adamantly and unequivocally informed management that resuming alcohol sales while the mask mandate is in effect has great potential to increase customer non-compliance and misconduct,” she said in a statement.