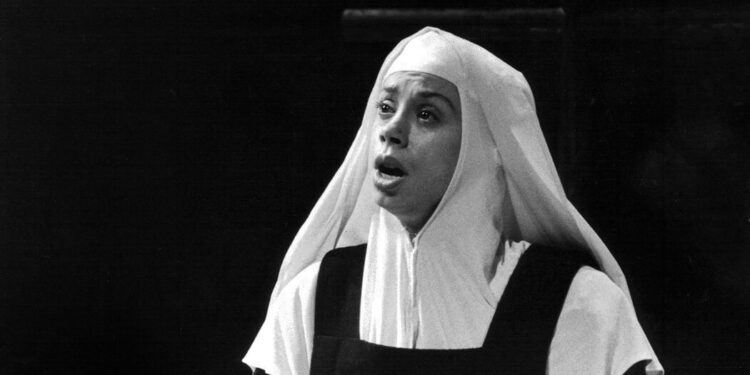 Maria Ewing, who from the mid-1970s sang notable soprano and mezzo-soprano roles at leading houses, including the Metropolitan Opera, and whose ambiguity about her racial heritage prompted her daughter, the actress and director Rebecca Hall, to direct the recent The Film Passing died Sunday at her home near Detroit. She was 71.

A family spokeswoman said the cause was cancer.

Ms. Ewing was a standout on opera stages, where she strove to bring an actor’s skills and sensibilities into her roles rather than simply standing and singing.

“I’ve seen actors work and work on it,” Ms. Ewing, who was once married to director Peter Hall, told The Orange County Register of California in 1997, when she was featured in LA Opera’s production of Umberto Giordano’s “Fedora.” ”

“It is not my intention to criticize or underestimate the importance of beautiful vocalism, which can only move people,” she added. “But why is opera so often predictable in terms of staging?”

Her performance, led by Mr. Hall, in the title role of ‘Salome’, first seen in Los Angeles in 1986 and re-staged in other cities, including London, was certainly not cultured. In the first production she finished the Dance of the Seven Veils with only a G-string; in later years she renounced even that. (She’s not the only Salome to end the dance altogether; Karita Mattila did so this century at the Met.)

“Sometimes you have to put yourself on the edge,” she told The Register. “You go to the abyss and lean over it. You must. In a role like Salome you are completely on the edge. You’re actually over it.”

Although critics had sometimes disapproved of her lead roles – her bid for the title role in “Carmen,” also under Mr. Hall, pulled some hard messages about the same time – her ‘Salome’ was generally praised. John Rockwell, who reviewed a return engagement in Los Angeles for DailyExpertNews in 1989, called it “the most arresting, compelling overall account of this impossible part I’ve ever come across.”

When Ms. Ewing performed, critics almost always commented on her exotic appearance. They were partly a product of a mixed racial heritage that Mrs. Ewing didn’t consider, even with her daughter, who grew up in England.

“When I was growing up, my mom would say things to me like, ‘Well, you know we’re black,’ and another day she’d say, ‘I don’t really know,'” Ms. Hall told on an episode of “Finding Your Roots,” the PBS genealogy program, filmed last year and aired last week.

“She was always extremely beautiful,” Ms. Hall told Henry Louis Gates Jr., the show’s host, “but she wasn’t like the mother of everyone in rural England.”

Her mother identified as white, she told Professor Gates, but in interviews over the years, Ms. Ewing also to possible black and Native American ancestry. Mrs. Ewing’s father, Norman, for many years presented himself as an American Indian, but “Finding Your Roots” researchers determined that this was a fabrication; a DNA test of Ms. Hall, done for the program, showed that she had no Indian background. Her grandfather had in fact been black.

“You, my dear, are indeed a person of African descent,” Professor Gates told Mrs. Hall.

This was more than a curiosity to Mrs Hall. She had been developing a film based on Nella Larsen’s 1929 novel ‘Passing’ for some time, about two light-skinned black women, one of whom is passed off as white. Part of what interested her in the novel, she said in interviews, was the nagging suspicion that the story was relevant to her own family.

“When I asked my mom about her Detroit background and her family,” Ms. Hall told DailyExpertNews last year, “she left it with a, ‘I don’t want to dwell on the past.’”

Hall’s first feature film as a director, the film premiered in November and was widely acclaimed as one of the best of the year.

Maria Louise Ewing was born on March 27, 1950 in Detroit. Her father was an engineer at a steel company and her mother, Hermina Maria (Veraar) Ewing, was a housewife.

Mrs. Ewing studied at the Cleveland Institute of Music. Around 1975 she made her debut with the Cologne Opera and in October 1976 she made her Met debut as Cherubino in Mozart’s ‘Le Nozze di Figaro’.

“Right now, a combination of nerves and artistic immaturity is keeping her Cherubino behind the very best,” wrote Mr. Rockwell in his review. “But she is a singer with enormous potential.”

That same month, she found her on the stage of Carnegie Hall, one of two singers in a New York Philharmonic’s Mahler program conducted by James Levine.

“The voice is one of great color, and of course Miss Ewing will grow in the music,” Harold C. Schonberg wrote in The Times.

One of her early Met roles was Blanche in John Dexter’s staging of Poulenc’s 1977 “Dialogues der Carmelites.” She was scheduled for a road production of that opera in Boston in 1979 when fog landed the plane taking her from New York to Boston had to bring for a curtain at 8pm. At 4:30 PM she boarded a taxi, which dropped her off at the Hynes Auditorium at 8:55 AM; the curtain went up at 9:05 am. The rate: $337.50, excluding a $47.50 tip.

In addition to her dramatic roles, Mrs. Ewing up in comedies like Mozart’s “Così Fan Tutte.”

In 1987, a dispute with Mr. Levine over a revival and broadcast of “Carmen” led her to withdraw from Met performances.

“I can’t work with a man I can’t trust, and I can’t work like this in a house he runs,” she said at the time.

But she would eventually return; her last appearance with Met was in 1997 as Marie in Berg’s “Wozzeck”.

She and mr. Hall married in 1982 and divorced in 1990. In addition to her daughter, she leaves behind three sisters, Norma Koleta, Carol Pancratz and Francis Ewing; and a granddaughter.

In 1996, when she was singing a concert with the Philharmonic, The Times asked Ms. Ewing about that famous dance in “Salome.”

“It was my own idea to do the dance naked,” she said. “I felt it was somehow essential to express the truth of that moment – a moment of frustration, desire and self-discovery for Salome. For me the scene would not work any other way.”