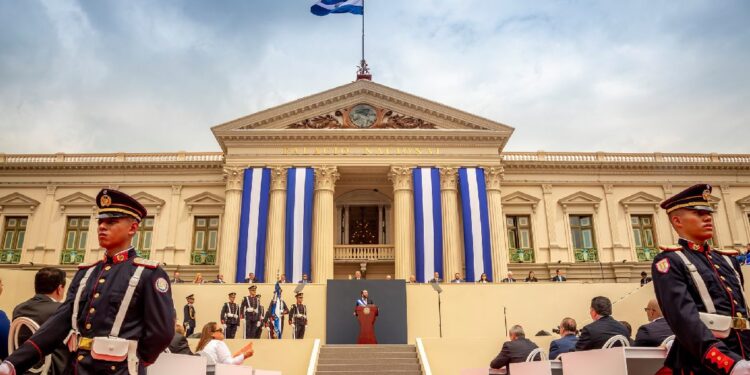 El Salvador has been using Bitcoin as a legal currency for three months since September. As the crypto space now expands, Nayib Bukele, the country’s pro-crypto president, has predicted that the days of fiat currency are over for good. The team “fiat” refers to the existing physical currency such as the rupee or the dollar. Bukele tweeted that his country is the “spark” that has caused a “real revolution” by legalizing Bitcoin.

The 40-year-old Salvadoran president often tweets about new Bitcoin purchases made by his government. He is also known to provide updates on how Bitcoin has benefited the Salvadoran economy through his official Twitter handle.

In his latest tweet, Bukele appears to have targeted those who have raised questions about El Salvador’s decision to legalize Bitcoin.

What has been termed by international organizations as “The #Bitcoin Experiment”, is nothing more than watching the world how mass adoption changes a country’s economy.

If it’s for good, it’s game over for FIAT.

El Salvador is the spark that ignites the real revolution.

However, Bukele’s pro-crypto stance has dragged El Salvador on the receiving end of criticism and warnings in recent days.

Recently, the International Monetary Fund (IMF) warned El Salvador to stop using Bitcoin as legal tender, given its high price volatility and the risks associated with factors such as consumer protection, financial integrity and financial stability.

Earlier this month, Andrew Bailey, the governor of the Bank of England (BoE), expressed concern for the citizens of El Salvador, questioning whether Salvadorans are aware of the risks they have exposed their finances to.

These concerns from leaders and global financial institutions for El Salvador come at a time when several other countries, including India, are mulling over the legitimacy and regulation of cryptocurrencies.

Anyway, Bukele has moved forward by bringing more crypto-friendly items and activities to his country.

From setting up Bitcoin ATMs to creating a government-backed Bitcoin wallet called Chivo for Salvadorans, Bukele has gone bullish in terms of expanding crypto adoption and usage scenarios.

In November, Bukele unveiled his plans to build a Bitcoin city at the base of the Conchagua volcano, to provide renewable energy for Bitcoin mining and address the carbon footprint problem associated with the process.

Interested in cryptocurrencies? We discuss all things crypto with WazirX CEO Nischal Shetty and WeekendInvesting founder Alok Jain on Orbital, the Gadgets 360 podcast. Orbital is available on Apple Podcasts, Google Podcasts, Spotify, Amazon Music and wherever you get your podcasts from.
Affiliate links may be generated automatically – see our Ethics Statement for details.