Elza Soares, 91, who pushed the boundaries of Brazilian music, dies 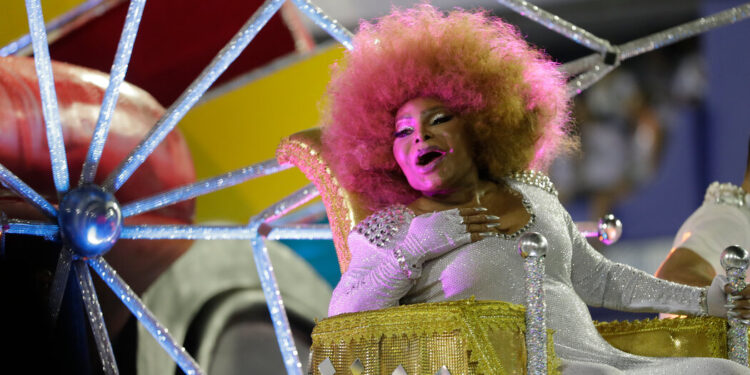 Elza Soares, the samba singer whose meteoric rise from the favela to stardom was later overshadowed by a scandalous affair with one of Brazil’s most famous football stars, died Thursday at her home in Rio de Janeiro. She was 91.

Her death was announced in a statement on her official Instagram account, adding that she “sang to the end”.

With fine qualities that led to comparisons to Eartha Kitt and a rough voice reminiscent of Louis Armstrong, Ms. Soares became one of the few black singers in Brazil to appear in films in the 1960s and on television in the 1970s.

Her first album, “Se Acaso Você Chegasse” (“If You Happen to Stop By”), released in 1960, introduced scat singing to samba. Her second, “A Bossa Negra” (1961), was noticeably lacking in bossa nova. Instead, it featured the kind of samba popular in the favelas, reclaiming African roots from a sound whose international success came from taking the samba drums away and adding complex jazz harmonies.

As her fame grew, she stayed true to her roots. “I never left the favela,” she liked to tell reporters, and she often ended shows thanking the audience for “every piece of bread my kids ate.”

Such talk was almost unheard of in the 1960s in Brazil, where—despite a yawning gap between rich and poor, and despite a larger black population than any other country outside Nigeria—public discussion of poverty and race was considered inelegant.

RCA Records declined to offer her a contract after learning she was black, and she spent years singing in Copacabana nightclubs before signing with Odeon Records in 1960, where she embarked on a long recording career that subtly — and sometimes not so subtle – pushed the boundaries of Brazilian music.

But in the 1980s, she was perhaps better known as the wife of the soccer star known as Mané Garrincha — considered second only to Pelé in Brazil — than for her music. When Garrincha left his wife and eight children to marry Mrs. Soares, it was a national scandal. She was widely belittled and labeled a house breaker. Angry fans pelted their house in Rio with stones and even fired shots.

It wasn’t until the early 2000s, long after her husband’s death, that Ms. Soares made an unlikely comeback, embracing younger composers and producers who were just beginning to discover her music. Her new songs were even more direct than her previous ones in addressing social issues, openly advocating for the rights of black people, homosexuals and especially women.

Elza Gomes da Conceição was born on June 23, 1930 in the Padre Miguel favela in Rio de Janeiro. Her mother, Rosária Maria da Conceição, was a laundress; her father, Avelino Gomes, was a bricklayer who played the guitar and loved samba music.

Her father forced her to marry Lourdes Antônio Soares when she was 12; by age 21, she was a widow and the mother of five.

She said it was a desperate need to buy medicine for a sick child, which prompted her to sing on a popular radio talent show at the age of 15. She appeared in pigtails and a dress borrowed from her mother, enclosed with safety pins. She was almost laughed at offstage until the show’s host, Ary Barbosa, asked her what planet she had come from. She disarmed him with her answer, “Same planet as you – Planet Hunger.”

“At that moment, everyone who laughed sat down in their seats and everyone was quiet. I finished singing and he hugged me and said, ‘Ladies and gentlemen, at this exact moment a star is born,’ said Ms Soares in a 2002 television interview.

Her singing career took off, leading to appearances in movies and on TV. She was one of the few black Brazilian women to become famous during that time.

However, her career was soon overshadowed by her fiery love affair with Manuel Francisco dos Santos, known as Garrincha. Their romance began at the 1962 World Cup in Chile, where she represented Brazil as an entertainer, and where her career may have taken a very different turn: she also met Louis Armstrong, who invited her to tour the United States with him, but instead, she chose to follow her heart and return to Brazil with Garrincha. That step would have disastrous consequences.

Appealed to by the public and the press, the couple was forced to move to São Paulo and finally to Italy, where they spent four years. They married in 1966.

Ms. Soares was pregnant with their son, Manoel Francisco dos Santos Júnior, when the couple returned to Brazil in 1975. By this time, Garrincha’s alcoholism was beginning to become a serious problem. He had been driving drunk in 1969 when he had an accident in which Mrs. Soares died. He beat Mrs. Soares, who became famous for visiting bar owners to beg them not to serve her husband. But her efforts proved in vain; Garrincha died of cirrhosis in 1983.

When their son died in a car accident at the age of 9 in 1986, Mrs. Soares was devastated and left Brazil. She spent several years in Los Angeles and unsuccessfully tried to start an international career.

She credited Brazilian singer-songwriter Caetano Veloso for helping her return to music when she was ready to give up, by featuring her on his 1984 album ‘Velo’.

But her production was spotty in the 80s and 90s, and it wasn’t until 2002 that she got her momentum going, connecting with composers and producers from São Paulo’s samba sujo (“dirty samba”) scene to record the album “Do Coccix Ate”. o Pescoço” (“From the tailbone to the neck”), which was nominated for a Latin Grammy Award.

In 2016, her “A Mulher do Fim do Mundo” (“The Woman at the End of the World”) won a Latin Grammy for best Brazilian popular music album.

Mrs. Soares leaves behind her children, Joao Carlos, Gerson, Dilma, and Sara, and numerous grandchildren and great-grandchildren. Her son Dilson died in 2015.

She continued to find success with younger audiences into the new century, working tirelessly as she approached her 90s, exploring styles of music including electronic dance music, punk rock and free jazz, and recording albums that fearlessly addressed social issues.

The title of her album “Planeta Fome” (“Planet Hunger”), released in 2019, directly referred to how her career started in the radio talent show that would change not only her life but also the course of Brazilian music forever.