‘Encanto’ Soundtrack Returns to No. 1, Beats Gunna and the Weeknd 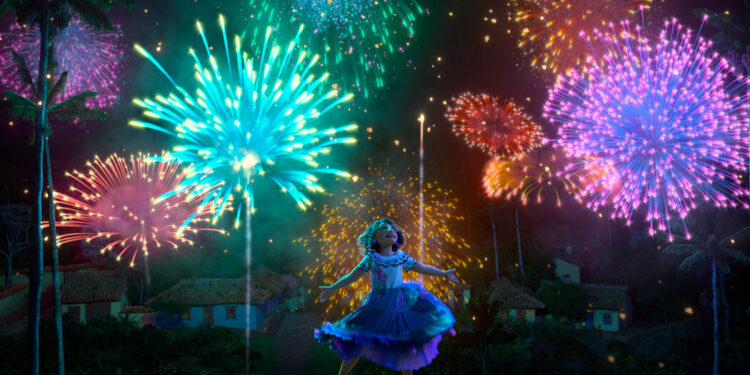 When the soundtrack to ‘Encanto’, Disney’s latest animated film, came out two months ago, it was by no means a hit and entered the Billboard 200 chart at number 197.

But Lin-Manuel Miranda’s catchy and eclectic songs — based on salsa, bachata, hip-hop and classic Broadway — became bedtime hits when the film began streaming on Disney+ a month ago. For weeks, the song “We Don’t Talk About Bruno” was inevitable on TikTok, with fans shooting dance and sing-along videos, making “Bruno” one of the top tracks on Spotify and Apple Music.

This week, the “Encanto” soundtrack returns to #1 on Billboard’s album chart, beating out competition from the Weeknd, Gunna and a new release from Americana band the Lumineers. It’s the second time “Encanto” has topped the list, having gone to #1 two weeks ago and then dropped to #3.

“Encanto” had the equivalent of 104,000 sales in the United States, including 125 million streams and 17,000 copies sold of the album as a complete package, according to MRC Data, Billboard’s tracking arm. “Encanto” is the first Disney soundtrack to hit #1 multiple times since “Frozen,” which spent a total of 13 weeks at the top in the first half of 2014. “Bruno” is number 2 on Billboard’s Hot 100 singles chart, behind Adele’s “Easy on Me”, which tops for a 10th week.

Last week’s bestseller on the album chart, Atlanta rapper Gunna’s “DS4Ever” drops a spot to No. 2 in its second week out, losing 36 percent of its equivalent sales, while the Weeknd’s “Dawn FM” 59 percent lost, sliding one to #3.

Adele’s “30” is number 4, Morgan Wallen’s “Dangerous: The Double Album” is number 5 and the Lumineers’ “Brightside”, the first LP in two and a half years, starts at number 6.