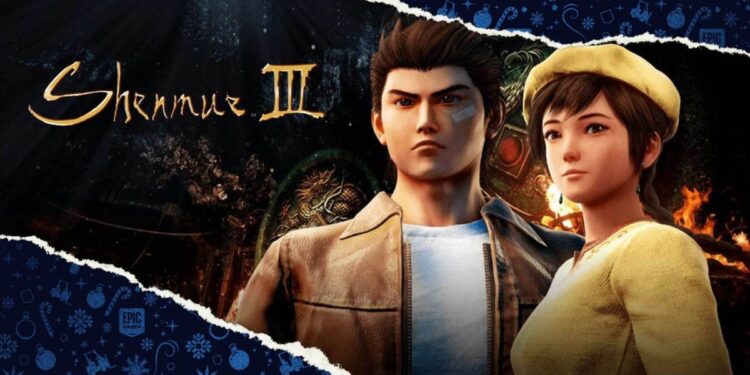 Epic Games has announced its Holiday Sale that offers discounts on popular titles, including Far Cry 6 and Battlefield 2042. The company is offering discounts of up to 95 percent on games, editions and add-ons. The sale will also give PC gamers a free game every day for the next 15 days. Epic Games has also reintroduced its Epic Coupon which gives customers $10 (approximately Rs. 760) off any game they purchase that costs more than $14.99 (approximately Rs. 1,150). On the first day of the Holiday Sale, Epic Games is offering Shenmue III for free to gamers.

The Epic Games Holiday Sale was announced on Thursday. Sales will be active from December 16 at 11am ET (9:30pm IST) to January 6 at 11am ET and 1,300 games, editions and their add-ons are available for purchase on the Epic Games Store. The discounts on these 1,300 items range from 10 percent to 95 percent.

In addition to these discounts, the company has also announced Epic Deals – discounts on in-game items for the best sellers in the store. Fortnite’s Winterfest has a free “Blizzabelle Outfit” and can be redeemed in the in-game store. Warframe players will get two new skins: “Oscira Longsword Skin” and “Oscira Staff Skin”. Rocket League, on the other hand, gets the “Twista: Special Edition Inverted Wheels”.

Epic Games has also announced that it will be offering 15 free games during the Holiday Sale. The first of these is Shenmue III which will be available for free until December 17 at 9:30 PM IST. The rest of the 14 games will be announced as soon as they become free, and Epic Games is offering one free game per day during the sale.

As mentioned before, Epic Games has reintroduced the Epic Coupon during the Holiday Sale. The coupon has $10 off for any full game purchase that costs $14.99 and up. It also mentions that customers can use the Epic Coupon multiple times during a purchase. For example, if they buy 10 games that cost more than $14.99, they will receive a total discount of $100 (about Rs. 7,600). This deal is valid until the end of the Holiday Sale.