Europe records more than 100 million covid cases since the start of the pandemic: report 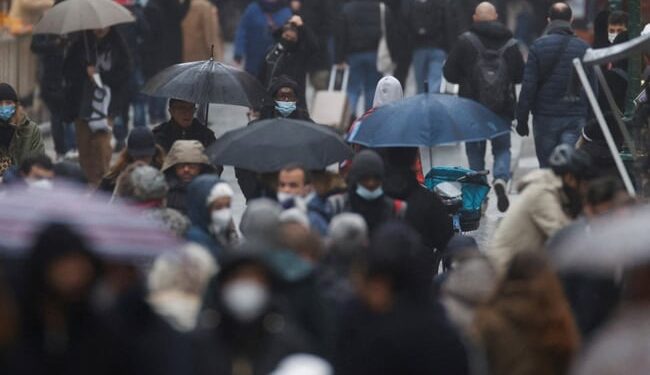 Europe has registered more than 100 million cases of coronavirus since the start of the pandemic, more than a third of all infections worldwide, an AFP count showed on Saturday.

The continent has once again become the epicenter of the pandemic in recent months, facing an increase in cases caused by the highly transmissible Omicron strain of the virus.

The European region, which includes 52 countries and territories from the Atlantic coast to Azerbaijan and Russia, has recorded 100,074,753 infections from Covid-19 in the past two years, according to an AFP tally of official figures at 1845 GMT.

That corresponds to more than a third of the 288,279,803 cases reported worldwide since the outbreak of the pandemic in China in late 2019.

More than 4.9 million of European infections have been reported in the past seven days alone, with 17 of the 52 countries or territories breaking their previous record of most cases in one week.

France alone has registered more than a million new cases in the past week, equivalent to 10 percent of all positive cases it has announced since the start of the pandemic.

The countries with the highest percentage of infections per 100,000 inhabitants in the world were all in Europe. Denmark scored worst with 2,045, followed by Cyprus with 1,969 and Ireland with 1,964.

AFP’s calculations are based on official figures, but some infections would have gone undetected, for example if patients were asymptomatic.

However, Covid-related deaths are declining in Europe.

Europe recorded an average of 3,413 deaths per day from the coronavirus last week, a drop of seven percent from the previous week. At its worst, there were 5,735 deaths per day in January last year.

People on the European continent are now generally more vaccinated than the global average.

Sixty-five percent of Europeans are partially vaccinated, while 61 percent are fully vaccinated — more than 58 and 49 percent worldwide, respectively, according to the “Our World in Data” website.

Taking into account the excess mortality from Covid-19, the World Health Organization estimates that the total death toll worldwide could be two to three times higher.