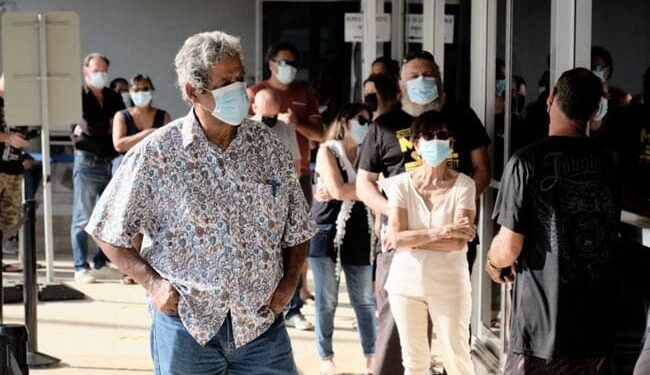 New Caledonia is an important part of France’s claim to be a major power in the Pacific.

Islanders in the Pacific region of New Caledonia voted overwhelmingly on Sunday to join France in a third referendum boycotted by pro-independence groups, raising fears of new tensions.

After all the votes were tallied, 96.49 percent were against independence, while only 3.51 percent were in favor, with turnout of just 43.90 percent, the results of the islands’ high commission found.

“Tonight France is more beautiful because New Caledonia has decided to be part of it,” President Emmanuel Macron said in a recorded video message that made no direct mention of the boycott.

Police reinforcements have been sent to the area known as “the Pebble”, which is of strategic importance to France and part of a wider struggle for influence in the Pacific between Western countries and China.

The boycott and the crushing nature of the “no” vote will raise fears of protests, as well as questions about the democratic legitimacy of the referendum on the archipelago, 2,000 kilometers (1,250 miles) east of Australia.

Macron noted “the high abstention rates” but said France could be “proud” of a more than 30-year process to settle the islands’ status, with residents being asked in three separate referendums if they wanted to break.

After once again rejecting independence in 2018 and last year, residents were called on Sunday to answer one last time on whether they wanted New Caledonia “to accede to full sovereignty and become independent”.

Pro-independence campaigns boycotted the vote, saying they wanted it to be postponed to September because “a fair campaign” was impossible with high numbers of coronavirus infections.

The result could exacerbate ethnic tensions, with the poorer indigenous Kanak community, who are generally in favor of independence, staying away from the polling booths on Sunday.

“We have decided in our souls and consciences to remain French,” Sonia Backes, a senior pro-France figure, told supporters on Sunday evening.

“The sad dreams of independence at the cost of ruin, of exclusion and misery have crashed into the reef of our pioneering spirit, our resilience and our love for our own country,” she added.

The main indigenous pro-independence movement, the FLNKS, had called the government’s insistence on going ahead with the referendum “a declaration of war”.

Kanaks had also been called by their traditional community leaders to celebrate a day of mourning on Sunday for those killed by the coronavirus.

About 2,000 police and troops were deployed for the vote, which appeared to have passed largely without incident, save for an attempted roadblock on a remote island.

At stake in the vote was one of France’s largest overseas territories, home to about 10 percent of the world’s nickel reserves, which are used for the production of stainless steel, batteries and mobile phones.

The area is also an important part of France’s claim to be a Pacific power, with New Caledonia granting France rights to the surrounding ocean as well as serving as a military staging post.

Experts suspect an independent New Caledonia would move closer to Beijing, which has built close economic ties and political influence in other Pacific islands.

“A transition period is beginning. Free from the binary choice of ‘Yes’ or ‘No’, we must now build a common project, while recognizing and respecting the dignity of all,” Macron added in his message.

France has 13 overseas territories, home to 2.7 million people, who are generally poorer and have higher unemployment rates than mainland Europe, leading to long-standing allegations of neglect.

Some, such as French Polynesia, have been given a great deal of autonomy, which could serve as a model for New Caledonia.

The pro-independence movement has threatened not to recognize Sunday’s result and has vowed to call on the UN to have it canceled.

The area was largely spared during the first phase of the pandemic, but has suffered nearly 300 Covid-19 deaths since the arrival of the Delta variant.

Some observers fear that tensions over the referendum could lead to a return of the kind of violence last seen in the 1980s when clashes broke out between the pro-independence Kanaks and the white community.