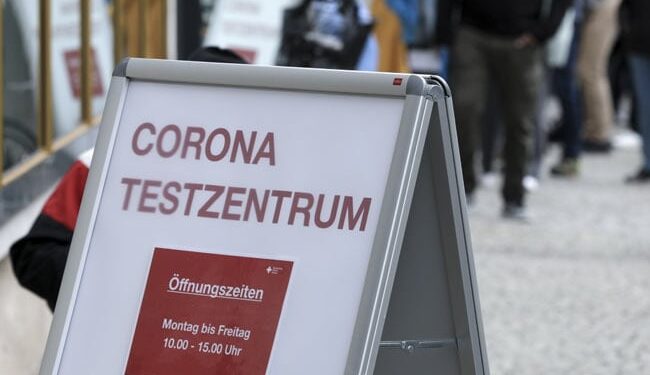 “We are all tired of the pandemic, but that does not help us, we have to stand together again,” Scholz said as he announced new measures that will affect both the vaccinated and the unvaccinated.

From December 28, Germany will close nightclubs and dance halls, he said.

To avoid big New Years celebrations, only 10 people who have been vaccinated or recovered from Covid-19 are allowed to gather for private parties.

Germany had already banned the sale of fireworks for the second year to discourage revelers.

“This is not the time for parties and pleasant evenings with many people,” said Scholz.

Unvaccinated people are only allowed to mix with two people from another household.

The rule does not apply to children under 14 years of age.

The German first division Bundesliga breaks until January 7, but the return to so-called “ghost games” was widely expected after the Bavaria region already made the move earlier this month.

Scholz’s government and state prime ministers, however, have not heeded calls from the Robert Koch Institute (RKI) health agency to take “immediate” action against Omicron.

Earlier on Tuesday, the RKI issued updated recommendations calling for “maximum contact restrictions,” among other steps such as ceasing non-essential travel and extending school holidays.

But Germany’s new Scholz-led government, which took over Angela Merkel’s cabinet earlier this month, has so far ruled out imposing a lockdown.

Scholz said he expected Germans to act “responsibly and carefully” over the Christmas period.

Germany has recently managed to slow down a severe fourth wave of the pandemic, including by increasing booster vaccinations and excluding the unvaccinated from large parts of public life.

The European Union’s most populous country added some 23,000 new coronavirus cases on Tuesday, according to the RKI, up from a peak of more than 75,000 in late November.

However, the rapidly spreading Omicron variant is expected to become the dominant species “within weeks” and fuel a wave of cases, Scholz said, pointing to the experiences of countries like Britain, Denmark and the United States.

The German government has asked critical infrastructure operators – including health care, police, fire services and energy suppliers – to review their emergency plans in the event of staff shortages due to illness.