GM workers in Mexico elect an independent union, a test case for a trade deal. 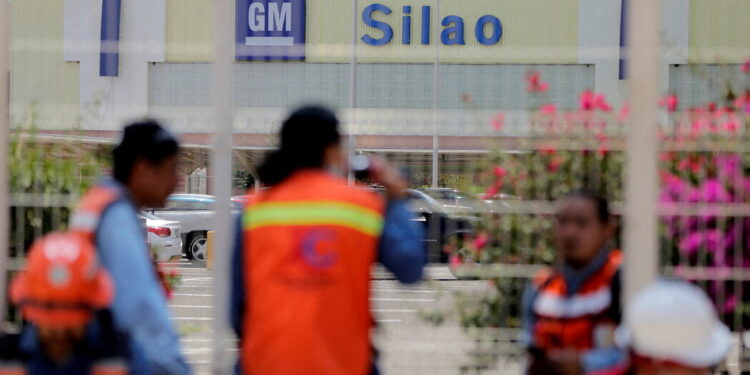 Workers at one of General Motors’ largest plants in Mexico voted on Thursday to create an independent union in what was seen as an important test case to examine whether new North American trade rules could improve labor conditions and prevent corruption in the Mexican labor system. eradicate.

The union, called the Independent National Autoworkers Union, won 78 percent of the vote at its Silao plant, where more than 6,000 workers assemble Chevy Silverados and GMC Sierra pickup trucks. The vote pushed away the Mexican Workers Confederation, which had kept the contract for the past 25 years.

Workers at the Silao factory initially earn less than $9 a day, and have described punishing working conditions. Workers have said they often don’t get breaks and rarely get pay increases.

Mexico pledged to make sweeping changes to its labor laws and courts as part of the new United States-Canada agreement, which replaced the North American free trade agreement. The new agreement was designed to make it easier for independent unions to challenge established parties, and required companies operating in Mexico to review hundreds of thousands of existing contracts in independent elections.

Democrats hailed those reforms as one of the pact’s key changes and said they would help level the playing field for workers in the United States, Canada and Mexico.

Labor leaders hoped the vote in the GM factory would portend changes in other factories in Mexico, where existing unions have been accused of working with company management to keep wages low.

Liz Shuler, the president of the AFL-CIO, said in a statement that the election “set a hard-fought precedent and came only after the workers voted to reject a previous contract with bad benefits and negotiated without the workers’ input. “

“Workers have overcome gross intimidation and election meddling, and their triumph is an example of what happens when workers stand together. This vote represents a rejection of the past and a new era for Mexican workers’ right to associate freely,” she said.

US Secretary of Labor Marty Walsh issued a statement expressing support for the vote.

“As employees, we are stronger when we can speak with one voice – and we are stronger when our colleagues around the world can do the same,” he said. “The work to defend freedom of association never stops, but this historic election shows us that we can make progress towards the right of all workers to associate freely if we work together.”