Hans Neuenfels, opera director with a pointed eye, dies at 80 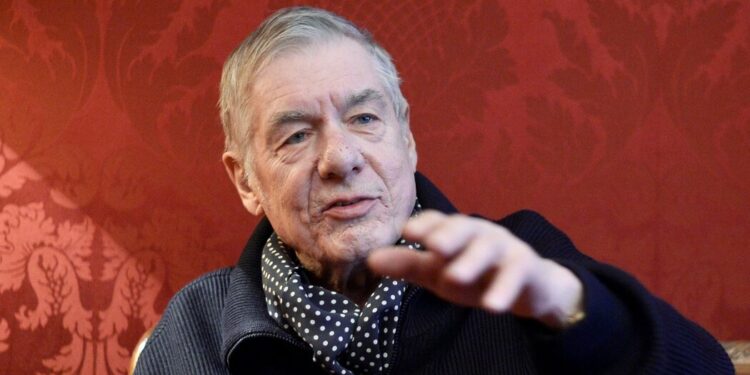 Mr. Neuenfels studied from 1960 to 1964 at the Folkwang Hochschule in Essen and at the Max Reinhardt Seminar in Vienna, where he met the actress Elizabeth Trissenaar. They worked together regularly and were married in 1964, the year Mr. Neuenfels made his debut as a theater director in Vienna. He had built up a considerable reputation by the time they teamed up with the Schauspiel Frankfurt in 1972, preferring to continue working freelance; a period in charge of the Volksbühne, a prominent theater in Berlin, had financial difficulties from 1986 to 1990.

Mr. Neuenfels knew little about opera before making a directorial debut (“Il Trovatore” in Nuremberg in 1974), writing in a 2011 autobiography “Das Bastardbuch”. But during his cigarette and beer preparations, he wrote, “Verdi’s music enveloped me, penetrated me, weaved itself within me so that I was convinced it would flow through my veins.” He saw no similar passion in the stagings he began to watch; they made opera a “meaningless and aimless undertaking,” he surmised, without striving for wider relevance.

Mr Neuenfels decided to change that. Four productions followed for the Frankfurt Opera, a hotbed of radicalism in the 1970s and 1980s, including the infamous ‘Aida’ from 1981. He also directed Schreker’s ‘Die Gezeichneten’ and Busoni’s ‘Doktor Faust’, which shows that he had a penchant for otherwise ignored dramas.

As sympathetic critics saw, there was a certain integrity in much of Mr. Neuenfels’ work, which became more apparent as younger generations of directors became even more extreme. Mr. Rockwell wrote in 2001 that a “Die Fledermaus” at the Salzburg Festival was “bad in taste” and a “seething nest of hypocrisy, cruelty, sexual perversion and incipient Nazism”, but admitted it was “meaning at least seriously.” used to be. †

Perhaps no production made Mr. Neuenfels’ underlying sincerity more apparent than his rat-infested “Lohengrin” for the 2010 Bayreuth Festival, which, like the Patrice Chéreau “Ring” decades before, was vigorously booed at its premiere, but eventually became a beloved classic. At its last performance in 2015, Times critic Zachary Woolfe called it a “model of operatic directing.”

Even when Mr. Neuenfels didn’t deliberately bring controversy to court, it tended to find him.

His production of Mozart’s “Idomeneo” at the Deutsche Oper caused little uproar at its 2003 premiere, despite his addition of an epilogue in which the title character pulled out the headless heads of Poseidon, Jesus, Buddha and Mohammed.