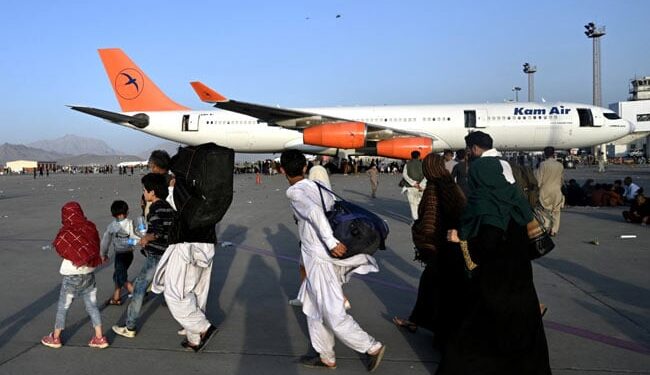 Kabul’s only airport was destroyed as tens of thousands rushed to evacuate. (File)

When Israeli lawyer Inbar Nacht saw photos of Afghans desperately trying to escape from their homeland last year, she thought of her relatives killed in the Holocaust and knew she had to act.

She and her husband Marius had started a charity in 2020 that has worked on a variety of initiatives, from helping the elderly and disabled to supporting unemployed artists during the Covid pandemic.

Evacuating people from Afghanistan — a war-ravaged country that Israel never recognized and is now ruled by Islamist hardliners the Taliban — was not within the field of expertise of the Night Philanthropic Ventures group.

In an interview at her home in Tel Aviv ahead of International Holocaust Remembrance Day on Thursday, she told AFP news agency that she “couldn’t remain indifferent to the images of people trying to escape with their children and babies.” 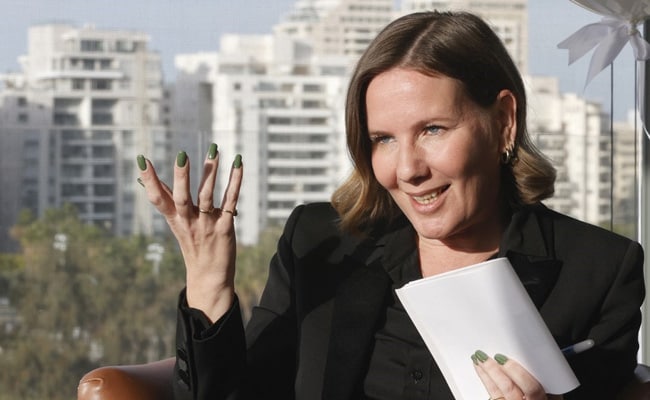 “It touched my most fundamental Jewish feelings,” she said of last August’s dramatic events.

Many Afghans feared a return to the hardline Taliban rule of the 1990s or possible retaliation for working with the US-backed government or foreign forces.

“I tried to imagine my ancestors in such a situation, if someone in another country had helped to save them,” Nacht said.

“This weighs on us, given our history as Jews. It doesn’t matter if the people are from Afghanistan or elsewhere, they are innocent civilians who were in an impossible situation. We tried to see how we could help.”

Nacht was not the only Israeli to reach out to Afghans in need.

Kabul’s only airport was destroyed as tens of thousands rushed to evacuate on an available flight as the United States finalized its withdrawal from Afghanistan after 20 years of war.

During the race to evacuate people, the director of Night Philanthropic Ventures, Nachman Rosenberg, contacted a US Army veteran who had served in Afghanistan and Stacia George, a former USAID employee there.

George’s group, Transit Initiatives, had a list of more than 300 at-risk people who wanted to be flown out of Afghanistan, including human rights activists, scientists, ethnic minority members, interpreters and others whose threats from the Taliban could be countered.

But on August 26, the day the group was to be taken to the Kabul airport, an ISIS group suicide bomber ripped through the crowd outside the airport, killing nearly 200 people.

Because air travel was impossible and fearing that the Taliban would close the roads of Kabul, George’s team decided to use the buses intended to reach the airport and instead drive to Mazar-i-Sharif, a town northwest of Kabul.

Nacht’s charity has helped pay for transit, accommodation, food and security for the nearly 300 people residing in Mazar-i-Sharif.

“The foundation was incredible because we were able to turn around so quickly and deliver resources quickly, in a substantial way that really enabled us to make that decision and have the opportunity to save lives,” George told AFP.

It took four nerve-wracking months, but by January, the 278 people evacuated to Mazar-i-Sharif had found safe locations around the world.

Night’s identity was not initially shared with the Afghans.

Hamid, a 33-year-old civil engineer who had worked on US military-funded projects in Afghanistan, knew he would be in danger if he stayed in his homeland once the Taliban took over.

“Everyone who worked for the US was the enemy,” he told AFP.

He had managed to make it to the Kabul airport with his wife and three children in hopes of reaching Rwanda, which had agreed with them, but was sent back a day before the August 26 attack amid the chaos.

Back home in Kabul, he was contacted by a person associated with George’s organization, who informed him of a bus that could take him to Mazar-i-Sharif.

Hamid and his family made it through and stayed in a guest house for 23 days before flying to the United Arab Emirates from where they flew to Rwanda.

To him, Nacht’s bestowal was an act of ‘pure humanity’.

“She doesn’t know us or anyone else she helps, except she knows we are all Muslims,” ​​he said in a phone call from Kigali.

“All we can say is that we are very grateful and really appreciate this human act of kindness and hope they gain more capacity to help even more people.”