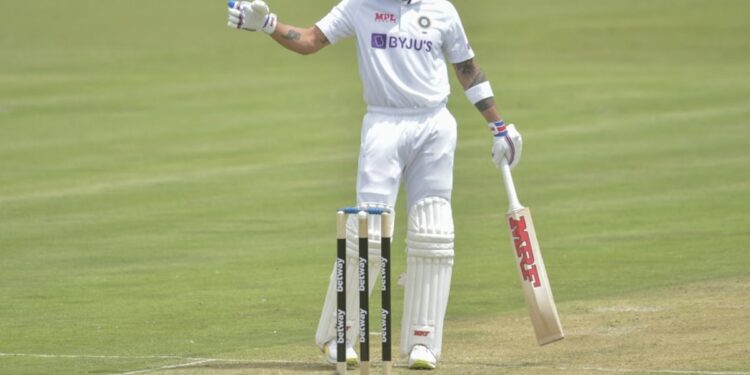 SA vs IND: Virat Kohli was sacked for a score of 35 runs by South African pacesetter Lungi Ngidi.© AFP

Indian skipper Virat Kohli failed to turn another good start into a Test innings after being sacked for a score of 35 runs on Day 1 of the opening Test in Centurion by South African pacer Lungi Ngidi. Kohli, who struck with the utmost clarity of mind and solid technique, had to pay a heavy price for a momentary loss of concentration that cost him his wicket after remaining on the crease for 94 deliveries. While Kohli’s quest for that elusive 71st international ton is still ongoing, former cricketers Morne Morkel and Ajit Agarkar spoke of the dilemma facing the modern greatness in the longest format.

During the post-match show on Star Sports, Agarkar mentioned Kohli’s problem with the inbound deliveries and also praised Ngidi for being persistent in his line against the Indian skipper.

“I think that he [Virat] had that problem with the ball coming in again. He had generally gotten over it. Again, Ngidi threw everything into the batter unlike his first spell in which he tried to take the ball away. He looked much more dangerous and you have to give a lot of credit to the bowler or the captain who put that field in place,” he said.

Adding to what Agarkar had to say, ex-South African pacesetter Morkel explained how Ngidi planned Kohli’s demise by playing a “patient game.”

“There will be bounces outside the off-stump; it’s a patient game. Lungi Ngidi dragged him on, dragged him on and Virat with that kind of intention and looking to score went after the ball and South Africa took that main wicket. He looked dangerous. The way he had body language for me was very impressive… It was a major breakthrough for South Africa.”

At stumps on Day 1 of the first Test match at the SuperSport in Centurion, India were placed at 272 runs for the loss of three wickets.