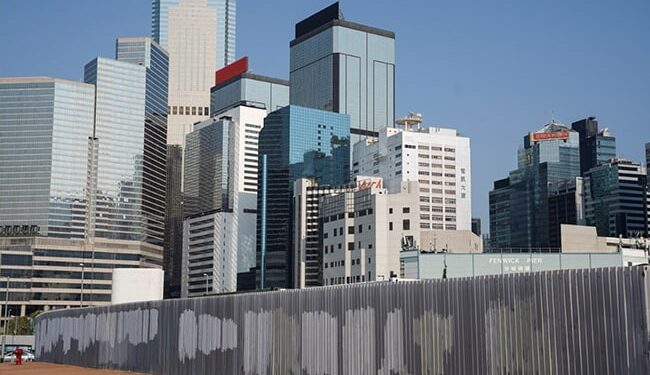 Three days before the party, the city’s health chief had asked the public to avoid large groups.

A Hong Kong minister resigned on Monday after attending a birthday party with dozens of officials and lawmakers, just days after the city government urged people to avoid large gatherings to fight a coronavirus outbreak.

“I tendered my resignation to the Chief Executive today and intend to leave the post today,” Interior Secretary Caspar Tsui said in a statement.

“As one of the key officials leading the fight against the epidemic, I have not set the best example during the recent outbreak,” he added.

Tsui’s resignation is a blow to the government of Chief Executive Carrie Lam, whose tenure was marked by massive pro-democracy protests and a subsequent crackdown on dissent that transformed Hong Kong.

The January 3 birthday party at a tapas restaurant for Witman Hung, a member of China’s highest legislative body, became a source of embarrassment to Lam, as her government pursues a strict “zero-covid” policy, similar to Beijing’s.

The guest list emerged after health authorities traced an infected person at the party.

Among the more than 200 in attendance were more than a dozen top officials — including the city’s police, immigration and anti-corruption leaders — as well as 20 lawmakers.

While the party was not illegal under Hong Kong’s strict social distancing rules at the time, the city’s health chief had warned people three days earlier to avoid large groups.

Lam said the officials failed to set an example and ordered a probe.

Tsui, 45, was a rising political star cared for by Hong Kong’s largest pro-Beijing party, the DAB, which continued to thrive under a new “patriots only” political system imposed by Beijing that replaced much of the traditional pro-democracy criminalized the opposition.

Hong Kong has kept the coronavirus at bay through some of the world’s strictest Covid rules, including lengthy mandatory quarantines for all arrivals, restrictions on public gatherings and mandatory mask wearing in public except while eating.

Photos of the party leaked to local media showed attendees singing karaoke and posing for group photos without wearing masks.

Since the tapas feast, multiple other clusters of the Omicron and Delta coronavirus variants have been detected, leading to the re-imposition of tougher restrictions, including closing gyms and bars and forcing restaurants to only serve takeout in the evenings.

Hong Kongers cannot choose their leaders – the source of years of pro-democracy protests – and it is rare for cabinet members to resign.

While campaigning for the top job, Lam famously said she would resign if she lost popular support. Her government has had consistently low approval ratings, dropping as much as 18 percent during democracy protests in 2019.

At the end of March, a new top executive will be elected by a small committee of Beijing loyalists.

Lam has not said whether she will aim for a second term and Beijing has yet to give a nod to her preferred candidate.