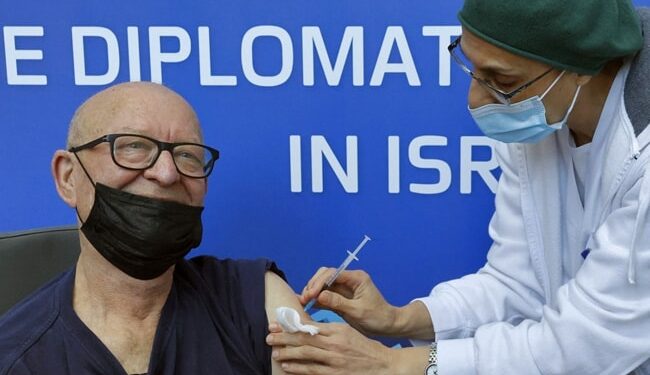 Prime Minister Naftali Bennett said on Tuesday that an Israeli survey indicated the fourth vaccination against the coronavirus was “safe” and that the antibody count was “fivefold” as the country expands its vaccination campaign amid mounting infections.

During a visit to Sheba Hospital near Tel Aviv, which a week earlier is administering fourth vaccines to 154 of its employees as part of an investigation, the Israeli prime minister said the additional injection “works”.

“A week after the fourth dose, we know with a high degree of certainty that the fourth dose is safe,” he said together with Professor Galia Rahav, Sheba’s head of infectious diseases division and leader of the study.

“One week after the administration of the fourth dose, we see a five-fold increase in the number of antibodies in the vaccinated person,” Bennett added.

“This most likely represents a significant increase in protection against infection and against severe hospitalization and symptoms,” he said, noting that the facility would publish its findings soon.

Israel began administering fourth shots on Friday to people with weakened immunity. On Monday, it expanded that to health professionals and people over 60, making it one of the first countries to do so.

The measures come about a year after it began a massive vaccination campaign based on a data-sharing agreement with US pharmaceutical company Pfizer.

On Tuesday, the health ministry reported more than 10,000 new coronavirus cases for the previous day, compared with a daily average of less than 4,000 the week before.

More than four million people of Israel’s population of 9.4 million have received three injections of the coronavirus vaccine.

The country has officially recorded more than 1.4 million cases of Covid-19 infection, including 8,247 deaths.