Immunity after infection was highly protective against Delta, the CDC reports, but vaccines still provide the best defense. 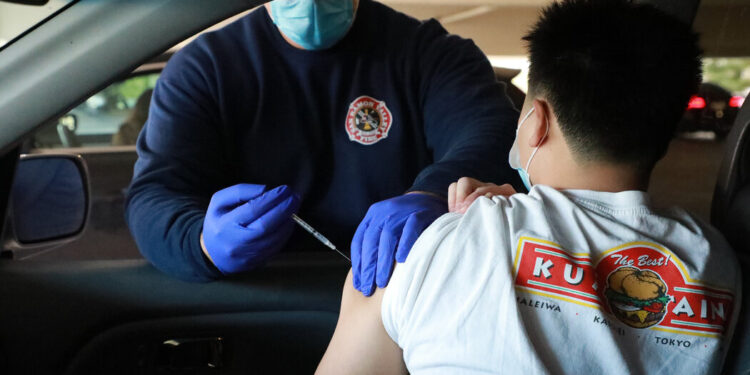 The Supreme Court ruling last week halting the bid by the Biden administration to engage major employers for its vaccination campaign, experts say, would spark a new wave of uncertainty about how companies protect workers from Covid-19.

Now, with 9,000 coffee shops in the US and 200,000 employees, Starbucks is one of the first major retailers to backtrack on vaccine plans since the ruling.

Starbucks told its employees in a memo on Tuesday that they no longer need to be fully vaccinated and undergo weekly coronavirus tests. Just two weeks earlier, the company had detailed the requirement and set a deadline of February 9.

The Supreme Court decision did not prohibit companies from enforcing their vaccine rules, and many will continue to roll out strict Covid-19 safety protocols, especially as the number of Covid cases remains high.

Starbucks’ decision to drop the deadline for vaccines or testing shows how the court’s ruling placed responsibility for setting vaccination rules on employers. And companies face a patchwork of federal, state and local laws, ranging from vaccine mandates that are stricter than those of the federal government to laws that prohibit companies from requiring employees to wear masks.

“For most employers, it has turned out to be a daily crisis because when they think they know the answer, the rules change,” said Domenique Camacho Moran, an employment and labor attorney at the Farrell Fritz firm.

Retailers and their proponents were among the most outspoken critics of the federal government’s vaccine rule, saying it would have exacerbated their struggles to hire or retain workers when millions of unemployed Americans are left on the sidelines of the job market.

Some employment lawyers say they believe other companies will follow Starbucks in easing or undoing their corporate mandates.

“Many companies pursued the vaccine or testing requirement only because they were required to,” said Brett Coburn, an attorney at Alston & Bird.

The Occupational Safety and Health Administration had issued its so-called temporary emergency standard in November at the request of President Biden. It told companies with 100 or more employees to require employees to be vaccinated or tested weekly.

John Culver, the chief operating officer at Starbucks, said in his memo announcing the change in the company’s plans on Tuesday that more than 90 percent of Starbucks employees in the United States had disclosed their vaccination status and that “the vast majority was fully vaccinated.

“I want to emphasize that we continue to believe strongly in the spirit and intent of the mandate,” wrote Mr. Culver.

The company’s move comes as it faces a growing effort from staff to unite. Two weeks ago, workers at a unionized store in Buffalo walked out in protest at what they believed were unsafe working conditions. Some said they were stunned to see the vaccine rule being scrapped.

Starbucks Workers United, a union that represents two stores near Buffalo, expressed frustration that the decision was made without their comment.

“Starbucks withdrew their vaccine mandate without discussing or negotiating the issue with union partners,” the union said in a statement.

Starbucks, for its part, insisted that the vaccination requirement was only introduced because of the federal government’s standard, which the Supreme Court subsequently blocked.

“It was not our own independent policy,” said Reggie Borges, a company spokesperson. “We knew OSHA required this, the Supreme Court somehow hadn’t ruled on it and we needed to make sure our partners were supported and prepared to comply.”

Some major employers, including Walmart and Amazon, had delayed issuing broad vaccine requirements, while OSHA’s rule was mired in legal proceedings. Others, including United Airlines and Tyson Foods, made their own rules. A November poll of 543 companies by the consulting firm Willis Towers Watson found that 57 percent needed or planned to have Covid vaccines, of which 32 percent would only do so if OSHA’s rule went into effect.

“It’s pretty divided in corporate America,” said Amanda Sonneborn, a partner at the law firm King & Spalding. “There are those who have chosen to carry out mandates themselves, those who followed the government’s mandate and those who challenged it.”

Companies weighing vaccine requirements have struggled with a number of factors, Ms Sonneborn said, including concerns about labor shortages, the political perception of mandates and the need to keep workers safe.

Starbucks said this month that employees should disclose their vaccination status by Jan. 10.

“I felt a little better knowing I was working with people who had been vaccinated,” said Kyli Hilaire, 20, a barista who took part in the union’s strike over safety concerns.

“You see people every day, you work closely with them, there’s not much opportunity to distance yourself,” Ms Hilaire said. “The number of customers entering the space makes you cautious. I try to use a double mask, but sometimes it can be hard to breathe.” Starbucks strongly encourages customers to wear face coverings in stores, and requires them to be required there by local law.

Starbucks also announced several new Covid-19 safety protocols on Tuesday. Workers are now required to wear medical-grade three-layer masks, which are available in stores, the company says, and isolation guidelines have been expanded for anyone exposed to Covid-19, even if they are fully vaccinated.

The company continues to encourage its employees to get the vaccine and booster, and is offering two hours of paid leave to get the injections.