In a first, humans get a heart from a genetically modified pig 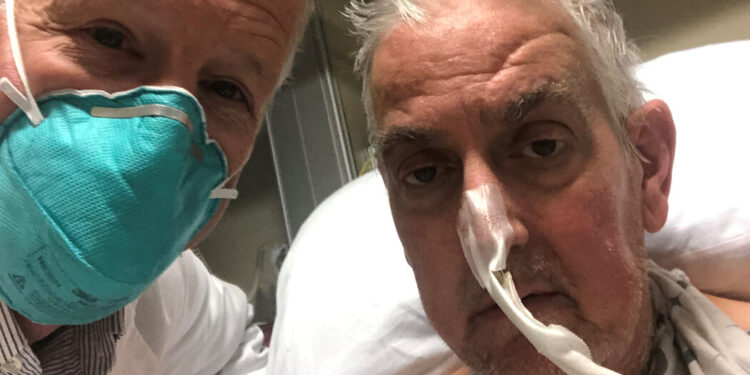 “It was either die or do this transplant,” Mr. Bennett said before the surgery, according to officials at the University of Maryland Medical Center. “I want to live. I know it’s a shot in the dark, but it’s my last choice.”

dr. Griffith said he first brought up the experimental treatment in mid-December, a “memorable” and “pretty strange” conversation.

‘I said, ‘We cannot give you a human heart; you are not eligible. But maybe we could use one from an animal, a pig,” Dr. Griffith himself. “It’s never been done before, but we think we can do it.”

Xenotransplantation, the process of grafting or transplanting organs or tissues from animals to humans, has a long history. Attempts to use the blood and skin of animals go back hundreds of years.

In the 1960s, some human patients had the kidneys transplanted from chimpanzees, but the longest life span of a recipient was nine months. In 1983, a baboon heart was transplanted into a baby known as Baby Fae, but she died 20 days later.

Pigs offer advantages over primates for obtaining organs as they are easier to raise and reach adult human size in six months. Pig heart valves are routinely transplanted into humans, and some patients with diabetes have been given pig pancreatic cells. Pigskin has also been used as a temporary graft for burn patients.

Two newer technologies — gene editing and cloning — have made genetically modified pig organs less likely to be rejected by humans. Pig hearts have been successfully transplanted into baboons by Dr. Muhammad Mohiuddin, a professor of surgery at the University of Maryland School of Medicine who, along with Dr. Griffith established the cardiac xenotransplantation program and is its scientific director. But safety concerns and fear of triggering a dangerous immune response that can be life-threatening prevented its use in humans until recently.