In ‘Desperate’, a reporter dives deep into the dirty water 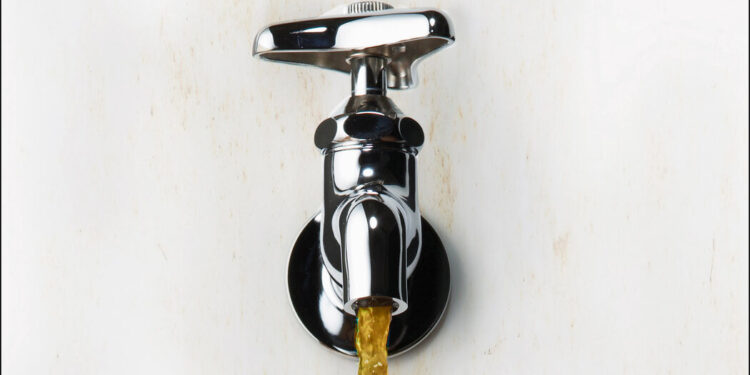 The story of a years-long lawsuit in West Virginia, told in Kris Maher’s “Desperate,” has some direct echoes of the water crisis in Flint, Michigan, but it’s also a story of mining and Appalachian history. Residents in Mingo County complained that waste from a coal-fired power plant owned by a subsidiary of Massey Energy, the largest coal company in the state, had leaked into the ground and contaminated their drinking water, leading to numerous health problems. In ‘Desperate’, Maher writes about the struggles of the local population, brought to trial in 2004, and about two of its opponents: an environmental lawyer and Massey’s chief executive. Below, Maher talks about quickly recognizing the story’s many dramatic elements, avoiding stereotypes, the Hatfield-McCoy feud, and more.

When did you first get the idea to write this book?

I reported in 2010 for The Wall Street Journal from Pittsburgh, and also reported on environmental issues in West Virginia. I reported on Massey Energy because the mine in the Upper Big Branch had just exploded; 29 miners were killed in the worst mining accident in the United States in 40 years.

At the end of a phone call, a source said, “You should check out this lawsuit in Mingo County.” He mentioned Kevin Thompson, an environmental lawyer, so I drove down and found Thompson working out of a hotel in three interconnecting wood-paneled rooms. Very low-budget operation, and he sued this billion dollar coal company run by controversial figure Don Blankenship.

The whole story suddenly made sense to me: people’s water is gray and brown and makes people sick and smelly in their homes for years. Thompson and Blankenship’s juxtaposition: Thompson, this brilliant, incredibly hard-working attorney who poured his soul — and his finances — into this case risked his marriage and his health. Blankenship chose to live in Mingo County, where he had grown up poor with a single mother. He worked from a very small office near the highway. So the opportunity to actually spend time with him and not just repeat what had already been said about him in the media was also incredibly interesting to me. And the stakes of the case were incredibly high for the people who had been living and suffering with bad water for years.

What is the most surprising thing you learned while writing it?

Judging by daily news stories, writing features, this was just a completely different animal. I wanted to tell the stories of the residents, everything they had experienced; the story of Thompson; The Story of Blankenship. I also wanted to talk about Massey Energy as a company, how it had evolved and changed under Blankenship’s management. There was an awful lot to weave together into a unified story. My first draft was probably twice as long as the last. It took me cutting and cutting this original block of material I had. This was a real learning process for me.

What did surprise me in the coverage was that I got a clearer picture of the Hatfield-McCoy feud. Like many people, I had only a superficial understanding and had come across it in very brief ways. I found that this was as much an economic story as anything else, closely tied to the arrival of the railroad in 1892 and the rise in land prices and how local merchants and outside investors tried to buy up real estate. It really changed my understanding of Appalachia. It is my hope that the reader gains a more complete picture of what it would have been like to live in this place over different periods of time, and of the pressures often placed on these people from outside economic interests as they return. That makes it an American story – the primary story is this water pollution lawsuit, but in the background I was hoping readers could really see the arc of this place.

I had a couple of stories in mind when I started reporting and sketching the book: Jonathan Harr’s “A Civil Action,” the movie “Erin Brockovich.” I quickly saw that they would not be useful as templates. There were so many aspects that were unique to this story: the history of coal mining, of the violence in this area. So the outline I had in my head quickly disappeared.

I think I initially saw this as a simpler story of a lawyer fighting on behalf of people against a company that had probably taken shortcuts and caused problems and a lot of suffering to these communities. But from the start, I didn’t want to take a black and white photo. I didn’t want to repeat stereotypes. So I did a lot of research about the area. I wrote a lot more about history, and I just couldn’t make it work in the story. It was too much time away from the primary story.

Which creative person (not a writer) has influenced you and your work?

When I lived in New York, I studied tai chi with CK Chu, who had a studio in Times Square. It was a haven for me, literally just steps away from all the noise and traffic. He learned weapon forms and fighting and meditation, the range of tai chi skills. He learned a way to defend against much stronger opponents by holding on to them and turning their strength against themselves. He used to say, “Four ounces deflect a thousand pounds.” This is exactly the position Thompson found himself in, battling Massey and his defense firm, Jackson Kelly. He would have appreciated Thompson’s struggle and the book would have appealed to his sense of justice. He was an inspirational figure to me and he always celebrated his students whether it was art, writing or music. He’s one of the people I wanted to show the book to.

Convince someone to read “Desperate” in 50 words or less.

People in Appalachia don’t need an elegy to be written for them. As I hope this book demonstrates through the example of people living in Mingo County, they just need the things, including safe drinking water, that people everywhere expect.

This interview has been abridged and edited.