In Washington, a princess party and a carnival of self-loathing 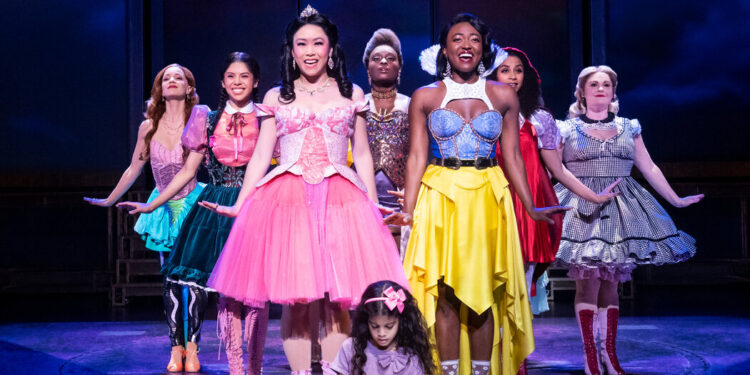 In Woolly Mammoth’s space, just a few blocks from Sidney Harman Hall, there were no selfie stations or gift kiosks. The theater seats less than 300 people and the content of Jackson’s “A Strange Loop” couldn’t be more different from “Once Upon a One More Time”.

Directed by Stephen Brackett, “A Strange Loop” is a carnival of the protagonist’s self-loathing, his insecurities, his introspective musings on sexuality and identity, society, family and religion. It’s hilarious until it gets mean, and vice versa. And it defines itself through a critique of commercial productions, such as the long-running Broadway show ‘The Lion King’, and a deconstruction of society’s expectations of a black, queer performer who can bravely crush new work.

The musical rejects the polite, family-friendly themes and neat endings of what the lead actor, a Broadway usher named Usher (Jaquel Spivey), sees at work. Full of references to sexual assault and racism, and with enough offensive language to fill a gallon of curse jar, “A Strange Loop” aims to bring taboo topics to mainstream theater. The Woolly Mammoth mob snarled and mmhmm-ed at lines breaking queer and race politics; At one point, a man in line behind me got out of his seat and waved his arms at the music as if he were at a rave—when raves played devastating songs about homophobia and abuse.

As I walked out of the theater afterwards, I heard a group of friends wondering if “A Strange Loop” could go to Broadway. One woman had reservations; she liked it, she said, but — and here she paused before stumbling uncomfortably through her qualifier — it was a musical about AIDS.

I kept my mouth shut – because I could have said that ‘Rent’ and ‘Angels in America’ were two Broadway shows about AIDS. Or that “A Strange Loop” is about so much more than just AIDS. Or that Broadway this season’s ‘Dana H.’ had, a show about kidnapping and sexual assault, and ‘Is This a Room’, about a real-life FBI investigation – both fantastic, critically acclaimed works of art. Or that “Slave Play” brought similar explicit language and sexual content to Broadway in 2019 and has now reopened.

Or I could have just said that this beautifully brutal theater work is already on its way to Broadway.