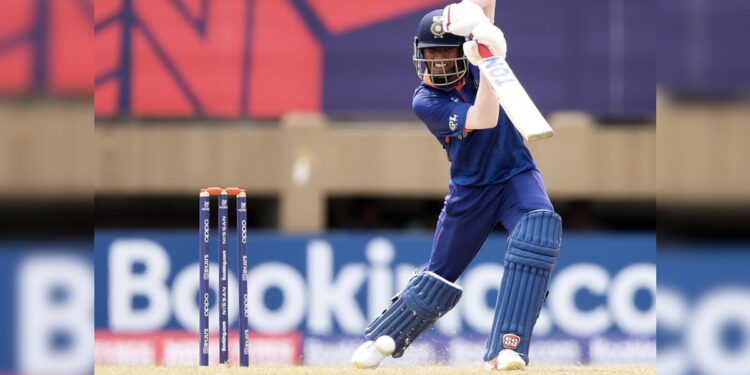 India U19 captain Yash Dhull led the team from the front in the ongoing semi-final of the ICC U19 World Cup against Australia in Coolidge, ushering in a well-timed century to take his team to a grand total. Dhull eventually ran out at the end of the non-rush hour with 110 of 110 deliveries, but by then he had set his team on track for a total of 250 plus. India was in trouble after Dhull decided to win the toss. Both openers, Angkrish Raghuvanshi (6) and Harnoor Singh (16), struggled in the first overs and made it to 37/2 after 12.3 overs. This brought Captain Dhull in the middle along with his deputy Shaik Rasheed.

The duo slowly started the repair job while doing their job without taking any risks. Once settled, the duo played their shots and made the most of the big ground running lots of singles and doubles.

Dhull looked in rich form as he hit six limits on his way to raising his half-century. A crucial knock in an important meeting with his team that must stand up.

The India U19 captain leads from the front as he puts forth a beautiful FIFTY! ???? ???? #BoysInBlue #INDvAUS #U19CWC

Rasheed also played a very good hand, scoring at a steady pace and keeping up the partnership. He too followed his captain and put forth his half-century but was fired for 94. The partnership was worth 204 runs.

Remember that both Dhull and Rashid were hit with Covid a few days ago when there was an outbreak in the Indian camp.

Both players returned for the crucial quarter-final game against defending champions Bangladesh.