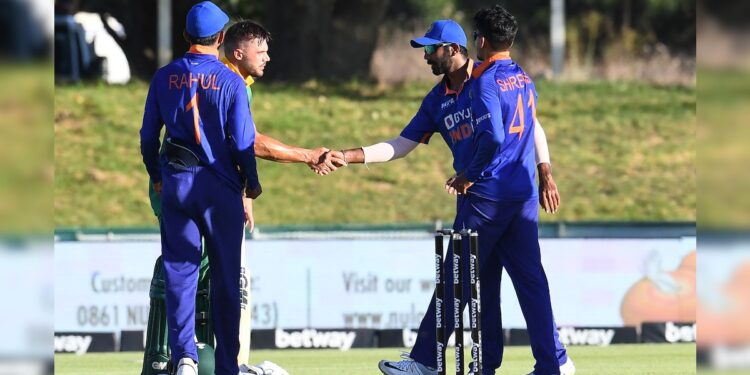 After KL Rahul-led India lost the ongoing ODI series against South Africa, it would try to salvage some pride by winning the final match and avoiding a whitewash. The third and final ODI will be a chance for Virat Kohli to end the tour on a climax as he would try to end his century of drought. Kohli last registered an international century in 2019 when he scored a ton against Bangladesh in the day-night test at the Eden Gardens. After that, the batter managed to break through several times in the half-century, but the three-digit mark continued to elude him.

In the first two ODIs, Shikhar Dhawan and KL Rahul both showed glimpses of brilliance, but they failed to pull it together as a unit, and the duo hoped to go all the way in the final match. Rishabh Pant impressed everyone with his 85-run knock in the second ODI, and the wicketkeeper would try to continue his form.

Venkatesh Iyer and Shreyas Iyer failed to impress with the bat, so it remains to be seen if team management wants to see Suryakumar Yadav in the latest ODI. Speaking of bowling, India has been mediocre in the ongoing series with Bhuvneshwar Kumar giving the worst performance of all.

It seems time is running out for Bhuvneshwar and the team management could give a chance to Mohammed Siraj, who is waiting in the wings. Spinners Ravichandran Ashwin and Yuzvendra Chahal have bowled incisive spells but have continued to dodge the wickets.

It was only Jasprit Bumrah who was a shining light with the ball, but in the second ODI, the pacer again failed to pick a wicket in the power playovers, costing the Men in Blue as the side failed. failed to defend 287. .

Speaking of the Proteas, the Temba Bavuma led side has bumped above their weight, and this has backed the Test series side up with an ODI series triumph. Both batting and bowling have come together for the hosts, and South Africa would like to continue with the same.