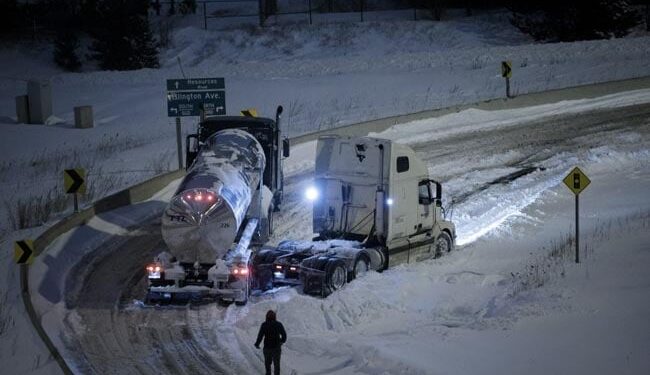 Two of the seven Indian citizens, illegally present in the US and arrested near the US-Canada border, have suffered serious injuries from “suspected frostbite” and one woman will require a partial amputation of one hand as a result of exposure to extremely cold weather, according to a court document.

On Thursday, a lawsuit was filed in the US District Court for the District of Minnesota against 47-year-old American citizen Steve Shand, who has been charged with human smuggling.

Shand, a “suspected smuggler of undocumented aliens” was arrested on January 19 near the US-Canadian border for transporting two Indian nationals illegally present in the US.

The two Indian nationals have been identified in the complaint as ‘SP’ and ‘YP’.

The complaint also states that five Indian nationals who were “illegally present” in the United States were also identified and arrested around the time Shand was arrested.

“Six of the seven foreigners arrested were present at the Pembina Border Patrol station” in North Dakota, and “one of the foreigners was hospitalized with cold wounds.” The complaint also added that two of the seven Indian nationals arrested “were seriously injured”. “A male adult and a female adult were taken to hospital with suspected frostbite. The man was later released from hospital, but the woman was taken to a larger hospital on a life-threatening flight and will likely require a partial amputation of one hand due to exposure to extreme cold weather conditions. The female also stopped breathing several times while being transported by border police,” it said.

Authorities have said the weather in the area has been rough, with high winds, snow and temperatures well below freezing. “The area is also known to the border police as an area with many incidents for people smuggling,” it sounds.

A family of four Indian nationals, including a baby, has frozen to death along the US-Canada border in what authorities say was a failed crossing attempt during a frigid snowstorm.

Assistant Commissioner Jane MacLatchy, commanding officer of the Manitoba Royal Canadian Mounted Police, said at a news conference that RCMP officers discovered the bodies of three people – an adult man, an adult woman and a baby – on the Canadian side of the border.

Fearing more victims would be killed, officers continued their search and found the body of another man, believed to be a teenager at the moment.

The five Indian nationals told authorities they had crossed the border expecting to be picked up by someone.

The group said they had been walking around for more than 11 hours. One of the group members was carrying a backpack that did not belong to him.

He told authorities he was carrying the backpack for a family of four Indian nationals who had previously walked with his group but had been separated overnight.

The backpack contained children’s clothing, a diaper, toys and some children’s medication.