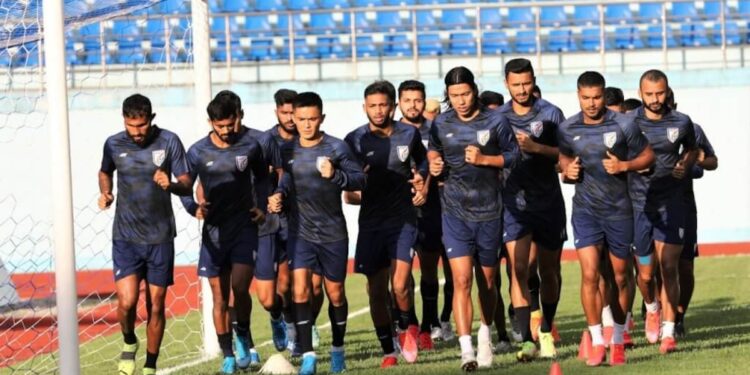 The senior Indian men’s football team will play two international friendlies against Bahrain and Belarus on March 23 and March 26, 2022 respectively. The matches are part of the preparation of the Indian men’s senior team’s campaign in the AFC Asian Cup China 2023 third round qualifiers, which is scheduled for June 2022. “Given the current circumstances, it has been extremely difficult to identify the kind of opponents what we were looking for. But I’m very happy that we have the two games on our schedule,” head coach Igor Stimac said in an AIFF release.

“We are doing our best to prepare well for the upcoming final qualifying round of the AFC Asian Cup China 2023, and these two matches will greatly facilitate our preparation process,” he added.

“Both Bahrain and Belarus are ranked higher than us, and if all goes well with the Hero ISL season, with our boys putting in good performances and playing competitive matches, we should be ready,” said the coach. .

For the record, Bahrain is at 91 in the FIFA rankings, while Belarus is at 94. India’s current FIFA ranking is 104.

The last time India played against a UEFA member association was more than a decade ago, in February 2012 against Azerbaijan, a match the rivals won 3-0.

Stimac, who coached Croatia to qualify for the 2014 FIFA World Cup Brazil, also stressed the importance of “taking necessary precautions and staying safe”.

“We must continue to plan and work as everything is in order and normal. But at the same time, we must take precautions to remain as safe as possible in our quest to avoid unpleasant situations,” he said.