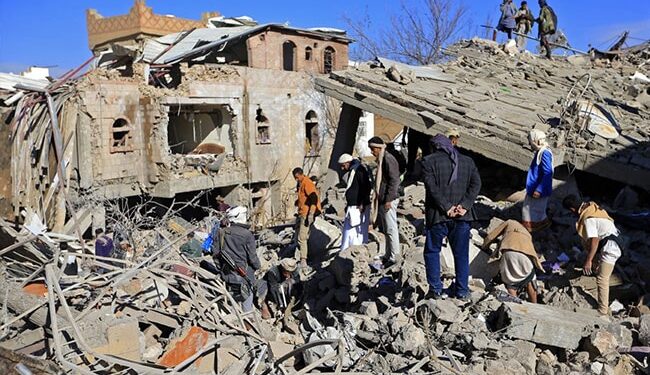 Internet services returned to Yemen on Tuesday after a four-day outage caused by deadly coalition airstrikes that marked a dramatic rebound in the Seven Years’ War.

Web monitor NetBlocks said internet is being “restored” in the country and AFP correspondents in the capital Sanaa and port city of Hodeida reported being back online shortly after midnight.

An airstrike by the Saudi-led coalition targeted a telecom facility in Hodeida late Thursday in an attack accused of shutting down the internet across the country. At least three children playing nearby were killed.

The strike coincided with an attack on a prison in rebel-held Saada that killed at least 70 people and injured more than 100. The Saudi-led coalition denied having bombed the prison.

The internet outage impacted post-strike emergency operations, with rescuers scurrying through the rubble for survivors and overwhelmed hospitals in Saada.

They followed a deadly drone and missile attack by Iran-backed Yemeni rebels on Abu Dhabi, the capital of the United Arab Emirates, which was internationally condemned and threatened with reprisal.

Two more rebel missiles were intercepted over the city on Monday. The UAE is part of the coalition fighting on behalf of the internationally recognized government of Yemen.